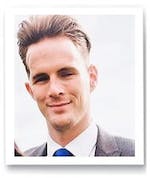 From 4 weeks in intensive care with very little chance of survival, to the Paralympic opening ceremony days after brain surgery

How does a wounded military veteran go from contemplating suicide to earning a spot on the TEDx stage as a motivational speaker, becoming a mental health advocate, and starring in a Mr. Porter fashion shoot? Just ask David O’Mahoney, 35, whose life story reads like a film script.

Born in a rough area of London, David saw many friends and relatives end up imprisoned or on drugs. Desperate to escape a similar fate, David enlisted in the Army in 2009, where he thrived beyond his wildest dreams. But while on duty as a Queen’s Guard in 2011, he was struck by a speeding taxi, leaving him in a coma for weeks with a life-threatening brain injury. Doctors were ready to pull the plug but his family refused.

David battled the odds and survived, returning to active service well before his doctors advised. His refusal to give in earned him the honour of carrying out the British flag at the 2012 Paralympic Games opening ceremony in London – a feat he pulled off just days after reconstructive brain surgery. Yet the effects of his injury took a huge toll, making it impossible for him to perform at his previous level. Soon he would lose his Army career and see his life spiral downward into anxiety and depression, pushing him to the brink of suicide. “I used to look at the belt of my dressing gown and picture how it would look tied around my neck,” he recalls.

David tells the story of surviving his darkest times in his TedX talk, “How to Change Your Life in 30 Days,” delivered on 17 November 2019 at Bristol’s Old Vic Theatre and available on YouTube in December. In it, he shares the simple habits that stopped him from killing himself and changed his worldview for the better. “I know it sounds mad, but practicing gratitude and daily reflection for 30 days in a row not only saved my life, it made me a happier person,” he says. “I want everyone to experience the same benefits.”

Now a motivational speaker who leads wellbeing workshops around the country, David uses his hard-won lessons to inspire others and help them overcome their own challenges, reaching out to veterans, young men in prison, schoolchildren and businesspeople. He leads free monthly workshops for veterans in London in partnership with Style for Soldiers, a charity that provides new clothing to wounded servicemen reentering the workforce.

David will soon be featured in a fashion shoot for Mr Porter, the award-winning online retail destination for men’s style. The campaign, to be released on 16 January 2020, honours the sacrifices of British soldiers and highlights the long-term psychological impact of their service.

A passionate and compelling speaker, David offers both personal experience and expertise on a range of topics, such as overcoming adversity, helping yourself and loved ones struggling with mental health issues, setting and achieving goals, and much more.

"David is an exceptionally thoughtful, articulate, selfless, professional, courageous and immaculately sharp young man who has impressed me and those I have introduced him to at many of my events"

“His clear no nonsense personal account of his experiences will silence most audiences and his rationalisation of the cards he has been dealt will not fail to motivate and inspire others. Following his talk at Vodafone people realised how little they really to complain about”

“David has a natural talent to charm and amuse his audience, whilst still getting a serious message across, a message that remains at the forefront of the mind and gives food for thought. Speaking clearly, warmly, honestly and with humour, engaging his audience giving them an inspirational insight into how life has changed for him since his injury”

"David is an engaging speaker with an incredible personal story to tell about overcoming great adversity and using this to move on with his own life and to motivate others to be the best that they can be. The students and staff at St Anne’s were inspired by him and all of us left the room thinking about how we can use his experiences to develop greater resilience and rise to the challenge of whatever life might throw in our way."