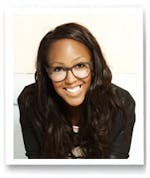 Popular, versatile and intelligent presenter with 15 years of experience across various genres

Angellica's progression from children's TV presenter to adult factual and entertainment programming has been successful and seamless.

Angellica has been an integral part of the BBC 1's flagship daily topical programme - The One Show since it began in 2005 and currently films regular VT's on various topics as well as occasionally sitting on the sofa covering for the main host. She is also currently a reporter on the successful Saturday morning Channel 4 show, Weekend Kitchen with Waitrose and has covered for the main anchor on several occasions. She recently fronted the prime time series How Safe Is Your House for BBC 1 which looked at areas where the public can better protect themselves in their homes. Angellica has also guest presented as main host on the BBC 2 show Something for the Weekend, hosted Celeb Air for ITV2 and presented The British Soap Awards After Party with her husband Michael Underwood for ITV2.

A huge challenge for Angellica was taking part in 71 Degrees North for ITV as one of the contestants. It was a hard but fulfilling challenge for her and was the chance of a lifetime. Despite being physically weaker than a lot of her rivals on the show, Angellica battled through to the final where she was narrowly beaten in to 2nd place.

Angellica's career started at Childrens BBC, she was the face of CBBC for 6 and a half years. She has presented high profile shows such as The Saturday Show, Short Change and 50/50, as well as regular appearances on Blue Peter. Her intelligent and warm presenting style led to BAFTA recognition and she was nominated for 2 consecutive years in the Best Children's Presenter Award Category. She won the Best Presenter Award at the Screen National Awards; she then fronted Angellica Time Traveller which looked at the abolition of the slave trade. Other CBBC credits include Election with Jonathan Dimbebly, a political show for young people which went on to win a Children's Bafta, as well as Project Parent.

Angellica has had the opportunity to transfer her skills to radio. She presented Making Tracks for Radio 3 - an alternative music show for young people which also included fronting live musical concerts around the country with various BBC Orchestras and also covered regularly for Ben Shepherd on a Heat Radio Show called Hot or Not where she interviewed celebs, talked fashion and reviewed TV shows.

Angellica has recently read for the Bedtime Stories strand on CBeebies. She has regularly appeared on the daily topical show The Wright Stuff for Channel 5, and danced for charity on Born To Shine, (ITV 1).

Angellica is very family orientated and is kept busy as a mother of 2 children. She has a weekly column in the Surrey Comet talking about the balance of being a working mum.

"Just a quick email to say a huge thank you for booking Angellica for us. She was outstanding, authentic, friendly, approachable and she gave a wonderful speech. It was a pleasure to meet her. Please do pass on my best wishes and gratitude. Once again thank you for organising a lovely, lovely person to come and speak at our School, you made many parents and pupils (and staff) very happy indeed."

"I am a Mum from Weydon and on Thursday 30th June Angellica presented the children with their achievement awards at their prize -giving ceremony. It was a wonderful evening for various reasons and Angellica’s speech was very honest, moving, funny and thought provoking. I think she had a wonderful way with the children and her ‘down to earth’ nature was a breath of fresh air. She told our children to ‘believe’ they can achieve and to be themselves something I felt was a true reflection on herself as an authentic individual. Thank you for your inspiration!"

"Angellica was our Guest of Honour at our Year 11 Presentation event for students who completed their GCSE exams last summer. We all thoroughly enjoyed meeting our engaging guest who made the journey from London to be with us at this event attended by approximately 400 people. Angellica handed certificates to all the students and made a number of special presentations. She dutifully had her photo taken with each and every student and engaged with each one of them. After that she spoke to the assembled company and gave a very inspiring talk to students and their families. We were all so pleased that you were so engaged with us all and that you were able to spend time indulging us with photo opportunities!"

"I wanted to say a huge thank you for your talk. I am going through the students' evaluation forms at the moment and you were the highlight of the day for many of them. In their evaluations they commented that you were 'interesting', 'humorous', 'factual', 'entertaining' and very 'inspiring'. Those are only a few of the comments, there were loads more, so thanks again and I hope you enjoyed visiting us."