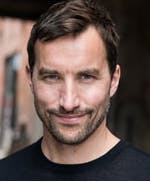 Lawyer-turned-author who rode 10,000 miles from Hong Kong to England solo on a bicycle!

Theo is an author and public speaker. At Cambridge, he studied Dark Age archaeology, graduating with a BA in Archaeology and Anthropology and an MPhil in History. After university he trained as a solicitor, qualifying into the area of arbitration law where he worked for several years, including for two Magic Circle firms. His career took him first to London, then to Moscow, Paris and finally Hong Kong.

However, in 2010, disenchanted with the law and with the germ of an idea for a series of novels already in his head, he quit his job in Hong Kong, jumped on a bicycle and pedalled 10,685 miles across Asia and Europe to his home in Norfolk. After a year of high adventure, breathtaking natural beauty and a host of extraordinary encounters, he arrived home; whereupon he sat down in a spider-infested cottage to write the first volume in his epic historical fiction series, the Wanderer Chronicles. Four years later, A Mighty Dawn was published by Corvus Atlantic to critical acclaim. Its sequel, A Sacred Storm, is due for release in July 2018.

Theo is a third generation Viking immigrant, his Danish grandfather having settled in England in 1932. One could say Viking stories are in his blood.

Besides writing fiction, Theo is an inspirational speaker, enthusiastic about encouraging children to dream big and pursue their passions, and go way beyond their comfort zone - whether on the road to epic adventure, or into their inner world of imagination and creativity.

Theo is married to Natasha. They live in London together with Natasha's daughter, Ella, their baby girl, Talitha, and an unruly dog named Wilmo.

"Theo was great! It was a really well structured presentation with some great audio visual elements. One of the students told me that it had inspired him to put more focus into his rowing."

"Theo delivered a talk to the Shackleton Society - the school exploration club - about his long-distance solo bike ride from Hong Kong to his home in the UK. The subject matter was gripping from the outset, accompanied by some striking photos and video clips. As well as peppering the talk with anecdotes of the journey, there was much that was informative as well, which was good for the students. His delivery was engaging and lively, and the students came away feeling inspired, with their horizons very much expanded. I would recommend this talk to any group of school children."

"Theo visited Whitgift School in the Lent Term of 2014, as a guest speaker for the Lower Sixth General Studies Programme. Theo’s presentation, to approximately 192 students, on his lone cycling adventures of crossing the Eurasian landmass, was both dynamic and engaging. The boys enjoyed listening to Theo’s inspirational journey and in the subsequent Q & A session, he proved to be very approachable and personable with the students. I would highly recommend him as a guest speaker."

"Theo came to our school to speak to our pupils about the joys of reading and writing, recounting his own experiences with each. He was brilliant. He made the talk relevant to our students' lives with some wonderful stories of his own childhood. He was interactive and engaging and really opened their minds to what it takes to be a professional writer. Theo encouraged all the pupils to hang on to their creative ideas and to nurture them, as one never knows which seeds might germinate and become something spectacular. It was a really worthwhile talk, delivered professionally and passionately."