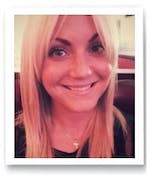 Overcoming her addictions to succeed at life

Lucy grew up in East London to very humble beginnings with a famous musician as a father and a mother who worked hard to provide for her 4 children. She found she had an exceptional talent for singing from being young and dreamed of becoming a pop star one day.

However her life sadly altered immensely in to darkness and despair at a very young age and she suffered years of sexual abuse and violence from the age of around 8 to her teens. Falling in to alcoholism and bulimia, she found a way of coping which eventually took her close to dying. After a number of suicide attempts she eventually found help and entered in to rehab in June 2014 where a phenomenal journey of self-discovery was to begin.

Lucy's talks discuss how being talented has been both a gift and a curse. From being homeless at 16 to chasing her dreams as a singer and performing all around the world; her experience on ITV's Take Me Out and the depths of alcoholic and bulimic despair. Lucy has experienced deep depression and addiction, being totally broke, not having a penny to eat and just scraping a couple of passes on her GCSEs due to the abuse she was suffering at home.

She has now written her own book, is studying a Masters degree in Addiction Psychology & Counseling and is an ambassador for the Amy Winehouse Foundation. Lucy is also a regular columnist for an Addiction Recovery Magazine, a peer mentor & speaker at Priory Hospital addiction rehab centre, a front singer in a rock band and owns her own company with her partner which aims to help others who are suffering.

Lucy qualified as a therapist in the summer of 2018, specialising in the treatment of addictive disorders and is now practicing regularly providing one on one and facilitating group therapy. She is currently in the final year of her Masters degree and is undertaking a research project based on the propensity to develop an addiction and/or an eating disorder as a result of poor education around emotional regulation/intelligence.

Lucy's talks are honest, frank, engaging and entertainingly interactive as well. She is proof that anyone, anywhere, can achieve absolutely anything they want to in life.

"The speaker was fantastic, Lucy did an outstanding job- she was incredibly engaging."

"Lucy is an exceptional young woman, brave, determined, sensitive and a great communicator. I met Lucy during the development of the Survivors’ Voices project. Lucy was one of the first people to step up to participate. She wrote a powerful personal account, is very articulate and in a group setting she shared her views clearly, concisely and with humility. She is quick to grasp what is needed and is always balanced in her delivery."

"Lucy Kuy came into our secondary school to speak for a KS4 assembly for our Mental Illness awareness week. The speech was focused on growing self esteem, bullying, identifying emotions, how to be confident, accepting who we are and others, addiction, eating disorders and what is mental illness. It was really great how she included her own secondary school experience that the students could relate to. She has a fantastic energy that both interested and appealed to the students especially when discussing the struggles and successes of celebrities. Lucy has a positive attitude and friendly character and our students felt comfortable to ask questions both in front of other class mates and once the session had ended."