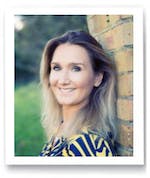 The BAFTA-winning broadcaster, intrepid adventurer and world-class extreme endurance athlete is someone who is keenly aware of the attitude and application that is needed to achieve success.

Making her mark in the world of endurance sport, Lowri has competed in some of the toughest footraces in the World. These include the Jungle Marathon and the 6633 Ultra Marathon.


A top ten place in the Jungle Marathon, a 140 mile race along the Amazon River in Brazil, saw Lowri wading through swamps full of anacondas and swimming through rivers home to piranhas, all this in a temperature of 40ºC and 90% humidity, with 15kgs on her back. She was the only one to complete the 6633 Ultra Marathon (2011), a 350 mile non-stop, self sufficient, week-long race through the Arctic, running in temperatures as low as -40ºC and 70 mph winds. Only a handful of athletes have ever completed this race. Lowri has sky-dived from planes, skied some of the toughest mountains, scuba-dived in dangerous waters, has completed seven marathons, two Iron Man triathlon races, as well as being one of around 100 in the world to have dived to see the wreck of the Titanic.

On her return to racing following the birth of her son, Lowri was part of the first all-woman team to enter the arduous Three Peaks Challenge. One of the oldest and most remarkable multi-sport endurance races in the world, it combines hard core distance running with sailing and navigating around some of the most challenging coasts of the UK. Having been dismissed until the third day when they made fellow competitors stand up and take notice, they became the first all female crew to not only complete the race but also took line honours. Lowri has also had the privilege of spending time living with indigenous tribes around the World. Documentaries have followed her spending time with the Himbas and Heroes in Namibia, the Queucha-speaking communities in the Peruvian Andes, with families in the Atlas Mountains in Morocco, welcoming the Chinese New Year with in China and joining in the Festival of the Dead in Mexico.

Following her achievements, she was invited to attend a private reception with the Queen as acknowledgement of services to adventure and exploration. She was awarded an Honorary Fellowship and Master’s Degree from Swansea University and won the Media Category in the National Adventure Awards 2015.

Following her achievements, she was invited to attend a private reception with the Queen as acknowledgement of services to adventure and exploration. She was awarded an Honorary Fellowship and Master’s Degree from Swansea University and won the Media Category in the National Adventure Awards 2015.


Lowri found it a huge honour to have been included in the New York Times Best Selling book ‘Goodnight Stories for Rebel Girls’ - which is aimed at children aged 7 upwards – it contains 100 bedtime stories about the life of 100 extraordinary women past and present from around the World - all written in the style of a fairytale or bed-time read. The book is illustrated by 60 female artists from all over the world. The book has topped the best-seller charts all around the world and has been popular with children and adults alike.

“Much respect for Lowri’s commitment and courage - inspiring many”

“Wow! Lowri stunned our audience into action at the UWCL (UEFA Champion’s League) Final in Cardiff! Inspiring and engaging a packed house to evaluate themselves and never give up on a dream or a goal”

"Listening to Lowri talk about her adventures is a wonderful mix of amazement, awe and laughs. She presents her incredible tales of derring-do in such a humble and self effacing way you start to think anything and everything is possible if you just put your mind to it."


– Bleddyn Lake, Friends of the Earth​

"Lowri’s motivational talk at our Annual Student Awards was perfectly pitched for our guests, who ranged from students and their parents to governors and VIPs. She was truly inspirational and brought her experiences to life with a backdrop of her Amazon and Arctic challenges on film. This, coupled with the fact that she is a consummate professional, made her the perfect speaker for our event."

"AWESOME, a Legend, Inspirational …. And so much more… at the end of the day a few of us sat down and talked a lot about her parents’ messages for her and what we could learn from that to use with our own children…."