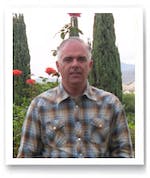 Kieron Brady is a former professional footballer who, with a golden career ahead of him, had to retire through injury at just 21. A firm favourite with Sunderland fans from the age of 17 when he made his debut, he was forced into premature retirement when barely out of his teenage years.


He, in later years, was to become an alcoholic and to suffer from depression and suicidal thoughts. On June 12th, 2009, with suicide a recurring thought, he had his last ever drink at 8.10 am.The previous morning, at around 2.30 am, he had woken and considered the consumption of after shave as there was no alcohol accessible in its traditional form.

He has never drank alcohol since, nor suffered from mental problems and now helps people who are experiencing many of the aforementioned issues. He has been a Trustee of the Washington Mind mental health charity, has spoken at the Stadium of Light on such matters and has also become an Honorary Fellow of Myerscough College for services to Equality and Diversity. He became the first ever footballer, past or present, to become a Patron of Gay Pride and is often called as an expert witness in Hate Crime cases.

His presentation is a journey - from the realising of a dream to the depths of alcoholism, causing a security breach at 10 Downing Street to contemplating the consumption of after shave. It takes you from elation as a footballer, recognition as an anti-discrimination campaigner to the depths of depression and the fear of crossing a bridge because of suicidal thoughts.

He speaks candidly about alcohol and drugs,depression, mental health and how to recover.

It is inspirational, informative, and often humourous despite the subject matter.

Since 2009 he has helped many alcoholics and those suffering from dual addiction to come to the terms with the potentially fatal illness that afflicts them, including guiding people in a one on one basis through recovery. His level of expertise, experience and empathy is such that medical practitioners forward patients to his care.

In addition, he has spoken extensively in media on the aforesaid, including radio, print media, online and with the BBC.

'On June 12th, 2009 it was easy to look skywards and ask 'Why are you doing this to me?'. It is easy to recognise now it was being done for me. When you wake at seven in the morning and any notion of cleanliness, breakfast or priorities are not even secondary to the next drink then it is incontrovertible that there is a serious problem and the magic once gleaned from alcohol has all but evaporated. Mercifullly I am now positioned to aid in the recovery of an illness that so many of the population actually know so little about' - Kieron Brady.

"Kieron is an inspiration"

"Kieron is clearly passionate about his subject and spoke to staff and pupils alike with clarity and purpose. The activities were well thought out, making racism more relevant to the children and left them wanting more."

"I have had the privilege and pleasure to work with Kieron Brady for the past four years in the field of Race Equality. I am a Chemistry teacher and a rapper with Thornhill School's anti-racism rap group THE WORD and have been benefitted from the all-round knowledge and expertise Kieron has brought to our events. Kieron is a very well-spoken public speaker and has contributed at events which have been enjoyed by thousands of young people and adults. He features on our DVD 'Respect the Word' and was our guest at our Sunderland Empire concerts featured on ITV and BBC news. As an ex-professional player he has conducted numerous workshops with us and the message of discrimination in sport has been highlighted well by Kieron's experiences and vast amount of knowledge in this field. Recently CICI were invited to our Bede 6th form Academy event roadshow and performances and we were fortunate to be able to work with Kieron on topics such as Islamophobia, stereotyping and racism in society."

"Kieron is clearly passionate about his subject and spoke to staff and pupils alike with clarity and purpose."

"Kieron spoke to almost 100 attendees at the Stadium of Light on alcoholism, mental health and recovery. The feedback we received was exceptional"