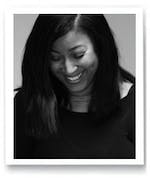 Award-winning PR expert, Domestic Violence Interventionist and advocate of justice, equality and 'sending the elevator back down'.

Dr Diahanne Rhiney is synonymous with the unrelenting, multifaceted, tireless ‘superwoman’ archetype we have come to associate with powerful women in a Michelle Obama-esque age. Leaping from a successful model to a sought-after business honcho, Diahanne has finally reached a natural platform wherein she can utilise her savvy as a PR expert and positively impact others in the same space.

Diahanne’s interview with the late Coretta Scott-King was a game-changer, as was hosting and commentating on Barack Obama’s first Inauguration Celebration followed swiftly by winning the Natwest Everywoman Athena Award. Diahanne currently pens several blogs and speaks at events and workshops all over the world on the topics nearest to her heart. She also runs the Diahanne Rhiney consultancy which represents a plethora of diverse, dynamic clients.

As a leading-edge consultant, Diahanne is a respected and authoritative commentator. She is regularly invited to speak and pen articles about business success, branding, media, personal development and the theories of change and interventionism.

Her ability extends to psychology and counselling in the gritty domain of domestic violence and abuse; a territory she is qualified in not purely due to her academic achievements as a psychologist but to her own personal experiences. Her own pioneering Domestic Violence campaign S.W.I.M (the acronym for ‘Strength With In Me’) is a trailblazing concept aimed at equipping the next generation with the tools to avoid negative relationships and make empowered life choices.

Dr Rhiney currently pens for The Huffington Post and The Voice Newspaper as well as hosting her own weekly talk show on LUR Live radio and presenting her own show ‘Tea & A Chat’.

"Dr Diahanne Rhiney has been a huge inspiration, motivation and support for me in my endeavours to set up my own business which seeks to deliver safeguarding training. Diahanne is knowledgeable and passionate about helping others and is always available to offer advice. Diahanne has gone out of her way to help and guide me often bringing new ideas and concepts to my attention regarding the welfare and well-being of young women and children."

"Diahanne is an inspirational role model to young people all over the country regardless of their gender or race. As someone who has admired her work for a while, not only has she been successful in her own endeavours, but she has also been instrumental in bringing the best out of young leaders. I would consider her as a pioneer in diversity campaigning in the UK and a lot of the work that she did for women over 20 years ago is now seeing its fruit through successful initiatives such as this one. She is a phenomenal publicist with credibility spanning across three continents. More recently her hard work can be seen through the success and widespread coverage of the Kenny Reports."

"In my view Diahanne Rhiney is exceptional. She was my mentor for several years and shared invaluable insights and knowledge due to the wealth of experience she has gained. Dr Rhiney is highly respected in her field of expertise: public relations and marketing, evidenced by the fact that she has won numerous awards in this regard and that her services have been used by a number of clients in both the public and private sector. Dr Rhiney is a great example of a female role model and is an inspiring speaker."