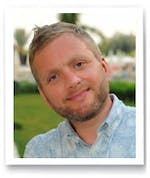 From a delinquent on self-destruct mode to a successful change maker – be inspired and motivated to become all you can be!


At the age of three, Craig’s parents discovered he could not speak. After appointments with speech therapists it was discovered Craig had a severe stammer.

Growing up in an ex-mining village already rife with deprivation, poverty and lack of employment was tough in itself, but having a stammer made it practically impossible for Craig.

At the age of eleven, he was already on a destructive path as he had no-one to help him understand his disability. His family, having no knowledge, dismissed the internal struggle that Craig was facing. He suffered from anxiety, frustration, self-hatred, fear and even had suicidal thoughts. The unacceptance that he faced as a young child had made every day a struggle for survival. He was confronted with ridicule, bullying, intolerance and sometimes much worse.

Craig was one of three students to receive 100% in his tests at high school. However, due to the lack of understanding and knowledge, Craig was misunderstood and ignored. He left school at fifteen with no qualifications.

Craig went on to mix in unhealthy circles, commit crime, and engage in destructive addictions. The turning point for Craig was at the age of 24 when he became a father. This gave meaning to his life and a new direction. His new mission was to read his son a bedtime story, a concept many take for granted.

Craig attended a speech course, which enabled him to fulfil his dream to read his son a bedtime story. Craig soon discovered through his anguish, he had a passion to help others, with sheer determination, hard work and self-acceptance. He has now established his own foundation, which helps others to overcome challenges and have confidence in who you are. His infectious attitude and individual success will have the students captivated, leaving them believing that they too can succeed and overcome challenges in all aspects of life.

Craig now has a degree in Youth Studies and Community Development. He also won the 'Adam Ayub' award whilst at university for the inspiration he gave to others.

He has now published his first book - 'CLIMB your Mountain'. CLIMB is an acronym for Commitment, Leadership, Inspiration, Motivation & Bravery, and he is now the head of a vocational education alternative provision centre for disengaged secondary school students.

“What a fabulous life story. You pulled at my heart strings, sending me into emotional turmoil. Well done! You have evoked every emotion possible and given me inspiration beyond belief”

"Craig has a natural ability to connect with young people; he has been there, seen it, done it and got all the t shirts. He speaks from his heart and soul and never with an ounce of self-pity takes you on a captivating journey that has every ingredient to make any person any age sit up, listen and believe in themselves."

"Craig’s motivational speech was brilliant, he did not just hold the students attention he got them to listen attentively. You could have heard a pin drop. Craig spoke to all of us not just the students-me included, he is a very inspirational young man."

"The speeches that Craig has delivered to the year 9 and 10 students who come on our alternative education provision projects have been totally amazing, these are tough kids with some life experience. Craig never fails to bring out a side of these students that we or their teachers have never seen before. He is an inspiration to so many people."

"Thank you for coming into NEW College and delivering your story to our students. They fitted in perfectly within Anti-Bullying Week then again in RESPECT Week. The students who came along still discuss your story and your passion for success regardless of the individuals around you. I believe you have helped to make our students with less confidence become stronger. Your talks were inspiring to those who have felt or are feeling the way you did when you were younger and its wonderful to let them see, just how you can change the way you feel, think and act when you are determined. I thank you again, and look forward to the next time you visit us!"