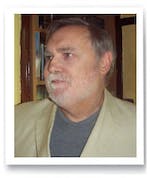 What was it like on the Titanic that fateful night in May 1912? What courage was needed to ‘go over the top’ on The Somme? What about all the women who, as nurses, ambulance drivers and even spies, ‘did their bit’ for Britain during her darkest hours? How did Britain cope during the Second World War, and who were the men and women who fought in the Crimea? Who was Jack the Ripper?

Tony (a retired police officer) looks into the case and together with the students sifts thought the evidence and with any luck - discover who Jack was.

All these questions are answered by our historical interpreters who, in clothing of the day, give the pupils a taste of life during those times, through discussions and role-plays.

With several centenaries coming up – Titanic disaster, the start of WW1 etc. we will do our bit to ensure that the pupils understand the events that shaped us today.

Tony, an author of books set in WW1, is an expert on that time, and will draw on others who can capture British life from a Tudor sailor of the 1500’s to the home guard during the blitz of 1940.

Tony is offering a free copy of each of his 3 books for schools who book him to speak in May and for the next 2 secondary school copies of the book 'The Assassin's Apprentice' for their English Dept.

"During Summer 2013, Tony played a crucial role in the World War I Enrichment Experience at Wilmington Grammar School for Boys. His arrival ‘in character’ as Sergeant George Riley on the Monday helped set the experience in context and provided the students with a good understanding of what life was like for soldiers during the Great War. This ensured that the students had a good grasp of the basic principles that would allow them to gain a greater

understanding of the War.Arguably, this helped to make the week a success. Tony was excellent with the students – he took time to answer all of their questions, posed for numerous photographs in his Great War kit, as well as organising and leading several WWI-themed activities during the week. I am particularly grateful for the fact that Tony came back at the end of the experience on the Friday to help ‘round off’ the week and answer any lingering questions that remained unanswered.Undoubtedly, his presence certainly enlivened and enriched the entire experience. Students and staff have all spoken very highly of Tony and I look forward to working with him again in the future. I cannot recommend him highly enough."

"Tony gave a great talk. He was well prepared and showed a great love and knowledge of the subject. He interacted well with the pupils and was thought-provoking. He is highly recommended."