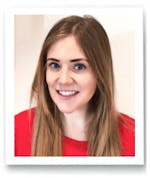 CEO and Founder of the UK's number one female empowerment organisation

Scarlett’s zeal and conviction has led her to write about the above for major publications such as Harper’s Bazaar, Women’s Health and Cosmopolitan. Her debut book is set to be published early 2020.

Scarlett Clark may be British but grew up in Italy, having also lived in New York, Rome, Barcelona and Dublin respectively. Thanks to her passion for languages and culture, she speaks six langauges (English, Italian, Spanish, French, Russian, German, Swedish and Latin) and completely understands the nature of diversity, standing out and being different. With her positive attitude, openness and raw yet funny approach, Scarlett no doubt is a powerhouse for the next generation of leaders.

Scarlett is able to offer an array of services to schools, including coaching, workshops, and highbrow motivational speeches. Scarlett challenges young people about the world they currently live in, tackles issues such as bullying, turning your passion into profit and confidence struggles and offers a wide range of mental health workshops and days.

Scarlett is very proud of her ambassador and national spokesperson roles for NSPCC, Childline, 50:50 and Women for Women International. She has also taken part in the Duke of Edinburgh's Award Scheme.

"Scarlett’s workshop with us at the NSPCC was powerful, engaging and life-changing for some. In her 90-minute session Scarlett provided two activities to question the lies we tell ourselves and our own inner critics, all the while drawing on her own personal experiences. The children said Scarlett was the highlight of their whole day and we have no doubt, her thought provoking message will stay with them for years to come. This audience was particularly small and intimate so Scarlett had a tough crowd on her hands but completely held her own. Her calmness and understanding even had the young people motivating each other to overcome personal trauma, and significant life barriers which is very rare. Not only was Scarlett’s workshop uplifting but led many to ask for her personal contact details to stay in touch even after the session. Scarlett is a real catalyst for positive change and equips her audience with the tools to make these changes. I can unequivocally say Scarlett is an exceptional speaker and wonderful human being."

"I met Scarlett Clark at Create Her Lane at the University of Warwick. Having established her business from scratch and written for publications such as Cosmopolitan, Harper's Bazaar and Vogue, she spoke to the crowd with an aura of confidence and excellence, but most importantly a sensation of palpable authenticity. Scarlett didn’t limit herself to career advice but steered minds toward the sincerity needed to pursue your dreams by discussing issues that matter to the younger generation, outside of the margins that society tends to impose. Her talk resonated the anxieties felt by young girls in society; their hopes and desires, but most of all the strength and self-belief required to strive for them and dare to defy limits. One thing that was extremely reminiscent from her talk was that she wanted to change the conversation- the conversation that society is having about young girls. Scarlett's talks are authentic, powerful and will stay with you for years to come."

"Scarlett's presentation entitled ‘Passion, purpose and professionalism, took place in front of an audience of staff and students from across the University in a large, tiered lecture theatre, but this did not seem to deter Scarlett in the slightest. She was enthusiastic, inspirational and honest throughout. Scarlett established an excellent rapport with her audience, and her honesty throughout her presentation enabled the students to trust what she was saying, which was reinforced by her calm, understanding tone. Scarlett demonstrated poise, passion and conveyed her message brilliantly."