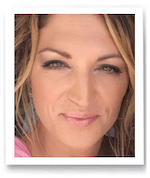 Crack and heroin addiction, crime, prison and rehab - this was Sabina’s life for fifteen years. After experimenting with drugs as a fourteen year-old, she never imagined things could spiral so quickly out of control.


Her first experiences felt like harmless fun at the time. Weed, pills, LSD – these drugs were at the centre of her social life at a highly regarded public school, but she didn’t know that she was developing a problem. By the age of seventeen, it was already too late – she had become a daily crack and heroin user.

For the next decade and a half, her entire existence was dedicated to the pursuit of drugs - that meant a life on the periphery of society, perpetually in and out of police stations and courtrooms, and eventually prison. She abandoned all morality, stole to feed her habit, her relationships with friends and family completely broke down, and she was eventually at death's door - she knew something had to change.

Now a drugs awareness speaker, Sabina talks to schools throughout the UK about the causes and consequences of her experience, and addresses the wider issues that lead young people into substance abuse and addiction.

There are several key reasons why we take drugs – and there are simple and powerful ways of trying to prevent young people from taking them. The aim of Sabina’s talks is to arm students and teachers with the right information, using her story as a powerful example, so as to better guard against the dangers of taking drugs.

Central to her talks is the importance of self-awareness and communication. Drug awareness is nothing without that self-awareness: it allows us to better protect ourselves against the causes – the circumstances and personal issues – that allow drugs to creep into our lives. That's more important now than it has ever been. We live in an age where self-image is constantly under scrutiny on social media, and differences are seen as imperfections and publicly vilified: in this context, young people are even more vulnerable to the anxiety, self-doubt and depression that can lead to substance abuse and addiction.

Sabina talks openly and honestly and has been noted for her direct, informal and relatable style. She says the things that would have made her think twice before following the path that would lead to addiction.

As a schoolgirl, Sabina underestimated the power of drugs, and many other young people will have the same perspective. The aim of her talks is to change those perspectives, to spark debate and to help others to avoid the mistakes she made - to encourage young people to be both drug-aware and self-aware

"Excellent – Sabina spoke with confidence and a sense of genuine honesty which resonated clearly with the boys. I’d certainly invite her back for future years"

"Sabina was brilliant thank you! It will have really resonated with the students and given them much to think about and we have had lots of our students telling us how great she was and how much they appreciated her honestly and the fact that it wasn't the usual 'don't do drugs talk'.

We will definitely be re-booking Sabina!"

"The session was excellent, Sabina was very personable and relatable. The honesty of her material created a real connection with the pupils and they were very receptive indeed. Several of them have mentioned that they really enjoyed the talk."

"I cannot stress enough how significant the contribution was that Sabina made to our Drugs Awareness Day. Sabina’s relaxed, honest communication style and her ability to tap into the experiences which make some individuals more vulnerable to drug addiction than others make her an outstanding speaker. Her story and personality directly challenge the media fuelled stigma associated with drug addiction and she offers valuable advice to young people in how to protect each other from making these risky choices. I am personally really excited about the impact Sabina’s voice will have; making drugs education relevant to all students. We are already planning to have her back before the end of the year to address our 6th formers and look forward to having her back in the delivery of our annual Drugs Awareness Day for our Year 9s."

"When the boys arrived to their lessons after Sabina's talk, they couldn't stop talking about it. She made quite an impact! I think the boys have had past experiences of feeling patronised in talks with similar topics, but with Sabina they felt as though she was simply sharing her story, laying out the real imapct of a life of drug use, but not preacvhing in an overzealous way. Her honest manner is what makes she what has to say so powerful. I would highliy recommend Sabina to any other chool who was consdiering a talk like this."