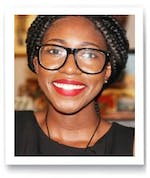 Rianna Patterson was born in October 1997 in Hackney, United Kingdom but moved to Dominica at a young age. At 18, she founded a non-profit organisation called Dominica Dementia Foundation in memory of her grandfather, who passed away with Dementia when she was 16. The foundation aims to raise awareness of Dementia, raise funds for families affected, and provide emotional support to families and their caregivers and also to facilitate research towards Dementia.

Through this organisation, Rianna was able to host Dominica’s first Alzheimer’s awareness month. As an organisation they donated hampers to an elderly home and worked with Miss Dominica 2017 to raise awareness of mental health. They also sang Christmas Carols at Premium Home and Residential Care services and rang a panel discussion on Dementia in Dominica.

In September 2016, Rianna flew to Miami for a consensus meeting and now Dominica Dementia Foundation is part of Alzheimer’s Association of the Caribbean (AAC).

In June 2017, Rianna flew to England and visitied well known businesses such as BBC. She met the directors of BBC, the Office Group, Time for Change, the Queens Young Leaders team and any many more. She had the privilege of going inside of 10 Downing Street, where she met the High Commissioner of Dominica. Later in June she travelled to Buckingham Palace with 58 brilliant young people making positive change in their country to receive an award from her Majesty the Queen.

Rianna also met Mo Farrah, Youtube star Casper Lee, and had the opportunity to be alongside Prince Harry in an interview at Buckingham Palace on the BBC One show, speaking about her foundation and what it consists of. Upon returning to her home country, she did various interviews about her experiences, and then left to pursue her degree in Psychology at the University of Kent.

In July 2017 Rianna spoke at Alzheimers Association’s International conference and gave a report on Dominica Dementia Foundation in Excel London.

"Proud of you Rianna, you shocked me, you spoke well"