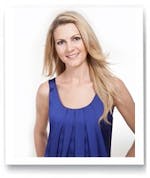 Rhiannon started her career as a producer for 24-hour news channels, BBC News 24 and Sky World News. At ITN, she combined producing with work in front of camera, launching a presenter-led news bulletin for The Telegraph online and another for YouTube. She also presented an online Premiere League show and ITV2's showbiz bulletin.

She went on to host preseason friendlies for ITV4 and spent five years in Spain where Rhiannon covered football and basketball for Real Madrid Television, broadcasting in Spanish as well as English. While there, she also worked for China's CCTV as Spain Correspondent.

Rhiannon returned to London in September 2015 to pursue new opportunities, joining CNN International as an anchor for World Sport and presenter of Judo World, whilst continuing to travel around Europe covering the Champions League and the Bundesliga for Fox Sports. Rhiannon also contributes as a Spanish football expert on the BBC's 5 Live.

A well-established event host and ambassador for brands that include Tag Heuer, Emirates, Google, Microsoft, Adidas and Samsung, Rhiannon has worked alongside sports personalities such as Cristiano Ronaldo, Gareth Bale, Jose Mourinho and Jenson Button. Rhiannon hosted the official launch of Luis Figo's manifesto to become FIFA president and the World Sports Law Report's Player Contracts 2015, both at Wembley stadium.

Voice-over work includes the documentary 'Ronaldo', a series on Euro 2016, 'Vive La France', and a weekly magazine show, 'FIFA Football'. A keen sportswoman herself, Rhiannon enjoys her all-round fitness, downhill biking and often competes in 10k races and half marathons.

Rhiannon spent her childhood living abroad in the US, Indonesia, Panama, Malaysia, Argentina and South Africa. She is passionate about travel and culture and continues to explore the world!