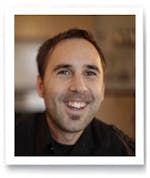 Martyn Sibley, born with spinal muscular atrophy (SMA), has overcome the challenges presented by his condition, becoming a world traveler, adventurer, and inflential advocate for the disabled.

Martyn Sibley describes himself as “a regular guy who happens to have a disability called Spinal Muscular Atrophy (SMA).” Although he requires around-the-clock care, uses an electric wheelchair to get anywhere, and drives an adapted vehicle, Martyn has not allowed his disability to hamper him in reaching his goals.

Having fought through many barriers of inaccessibility, prejudice and procedures Martyn received a degree in Economics and a Masters in Marketing. This followed with 5 great years living and working in London.

It was during this time, however, that Martyn started blogging. This was followed by a stint around the world, where he undertook a number of challenges and met them all. His experiences during this time are encapsulated in his book, 'Everything is Possible'. Martyn does nothing in half measures, believing that it is up to him to prove his own worth. The adventurer, despite the challenges he faces due to his condition, has learned to scuba dive and has even flown an aeroplane.

Martyn Sibley believes in giving back to the community, and as such, provides online support, information, and debates within the disability and health fields. He has helped with the creation of a number of digital initiatives, such as Disability Horizons lifestyle magazine (now also in Spanish, Italian, Portuguese and Arabic). He also co-founded the angel invested ‘airbnb for disabled travellers’ business called Accomable.

Besides running his own business, he is a consultant with different companies and governments and does media work for television, radio, and newspapers. Martyn’s dedication has seen him voted Britain’s third most influential disabled person by ‘Power 100’.

"I recently attended the Scope National Campaigning Conference and your workshop and I want to say what an enjoyable, informative and inspiring event it was and I will look to contact you regarding campaigning in the future and since I’ve been keeping up to date with your blog which I think is a very good and I hope to start something similar soon."

"I thought the quality of information was very good, it made me have a different perspective on what barriers there are for a disabled young person and how they can be overcome."

"Martyn Sibley produced an excellent E-campaigning toolkit for Disability LIB. This supports Disabled Peoples Organisations to reach a wider audience using the internet and social media. This was well received by participants and we were very impressed with Martyn’s positive approach to helping us develop and show case this."