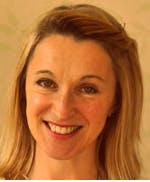 Liz started writing as a hobby in about 2008. At that time she was running a children’s rights legal project in a national children’s charity. Over the years, Liz has set up and managed projects aimed at helping vulnerable young people access legal advice. She has also campaigned, through the press and local and national media, about children’s rights plus has written for the legal press and spoken at conferences and events. She has represented children and adults in a wide range of legal areas including family, mental health, negligence and care proceedings.

Liz’s first book, ‘Losing Agir,’ a teen thriller inspired by a human rights case, was published in late 2012. Liz has written two further books for teenagers and is part way through a fourth. Liz also writes plays and is keen to develop this area, along with screenwriting. Liz’s short play, ‘Trailblazer’, has been produced as a podcast.

Due to her niche legal background, much of Liz’s writing draws on legal and welfare themes, many of which she saw in her everyday working life. She sees fiction and writing as a great way to look at issues which affect some young people. She has always been very keen to promote awareness of law amongst young people and now hopes to merge this with both writing and speaking about the law and writing.

Liz has an MA in Creative Writing.

“I am the librarian at Holmwood House School; Liz came and did a morning with us at our annual Book Week two years ago. Both Staff and children found the sessions interesting, Liz got the children involved with question and answer session. She also brought a slide show and items for the children to discuss about her job as a solicitor. We also spoke about her writing which the children were very excited about. I was lucky enough to read a proof of her book and I congratulate her on getting it published. We are very much looking forward to our Book Week 2013 as we have asked Liz to come back and do a talk. I would recommend Liz to fellow librarians.”