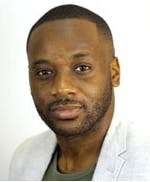 Inspire, and equip, your students with the skills needed to overcome adervsity and raise resilience

As an underachieving student from a single parent household in North London, His journey as a student involved rock bottom failure in his mocks that served as a catalyst for a turning point in his mindset, academic achievement and future outlook. He discovered his purpose in life and things have shifted ever since. James went onto gain a degree and start his own business.


His gift of communication enables him to deliver engaging and impacting talks that have been well received nationwide. His energetic, and personable rapport, with young people is often complimented. His "Are You A Talker" ? assembly makes use of storytelling, spoken word poetry and theory rooted in emotional intelligence. As a result, students are taken on a dynamic journey that challenges, changes and inspires students through exploring themes like resilience, goal setting and much more.


A significant aspect of James' journey involved working with hard to reach unemployed young people in the community where he lived and worked for ten years. After creating a programme to equip and inspire marginalised young people he was able to support them into roles in the tech and banking industry.


His work was recognised by the Metropolitan police and as a result he received the borough commander's award for making a significant contribution to the community.

"Yesterday was great. James was really engaging and the students responded very well to him."

"James was great, the students loved it and the staff thought it was brilliant! Really engaging."

"James was very good and made me see things form a different view point. A lot of people commented on how good he was and he adapted to out audience very well."

"James delivered a thoroughly enjoyable talk, stood out to me as one of the best we have had at Oxford Royale Academy. His approach was very inspirational and very engaging. Our students were very attentive throughout indicating that they really enjoyed it."

"James has a depth of engagement with young people. He does the contextual analysis of those with whom he will speak and speaks into that context. He is committed to communicating in a dynamic, multi-media way that is effective and authentic in many different circumstances and with people from a diversity of backgrounds. James is willing to put his all for one student as he does for 400 students. I offer you my highest commendation for James."

"James is a truly inspirational speaker - our year elevens loved his assembly - he is funny, creative and has a unique way of relating to young people. As a Head of Year, James' message was powerful and timely as he has genuine affinity with the challenges faced by teenagers today, particularly those who are hard to reach. One year 11 girl told me afterwards that she had never thought about it like that before. We have since asked James to come and deliver group and mentoring sessions on motivation and aspiration with some of our underachieving students who are having fun while being challenged to reflect meaningfully on their future and making better progress as a result. A fresh perspective I'd wholeheartedly recommend"

"James was excellent and we hope to rebook him for the same time next year!"

"James was great, thank you. 2 or 3 kids came up to him afterwards and said that he had inspired them. He spoke for the right length of time and was engaged and engaging. Thoroughly recommend him."