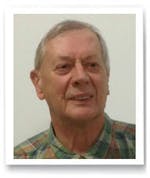 Languages are infuriating, irrational and varied, yet a child's mind is like a sponge programmed to soak them up.

Ian grew up in a garden of multicoloured voices: voices of Berkshire, Ireland, Scotland, Wales, London, Latvia, Bulgaria and Tennessee came form the lips of family, teachers, friends and lodgers.

At school, excellent language teachers fed his fascination with human speech, but after completing a phonetics course he changed direction entirely, returning to languages almost by accident at 29 when he was taken on as an EFL (English as a Foreign Language) teacher.

The work opened Ian's eyes to the extraordinary differences between languages. He was struck by the elegant complexity of Turkish, baffled by the ambiguities of Japanese, comforted by the approachability of Dutch and full of admiration at the way foreigners come to grips with the inconsistencies of English.

Ian has given numerous talks to EFL teacher-training programmes, has written a book + tape course on English Intonation and has contributed a couple of chapter to Learner English (CUP) on the problems encountered by Turkish and Japanese learners of English. He has come to realize that the difficulty or ease of learning a foreign tongue depends on not only how different the target language is from our own but also on culturally inherited attitudes to language in general.

Ian spent a year working in Japan and shorter periods in Turkey and Venezuela. Since 1985 he has taught freelance at a number of schools in Oxford and has spent a good deal of time building up a picture of the world's languages and their taxonomy. He is saddened by the extinction of minority tongues and wishes the survivors well. Ian sees strong parallels between language and the world of plants and animals.

Ian's non-linguistic interests include overhauling and tuning harmoniums, preserving and driving historoic buses, and exploring the countryside and music of neglected composers.

"Ian's talks have been absolutely fascinating- both informative and hugely enjoyable"

"(Ian's) talks were learned but also full of interest, amusing and well presented."