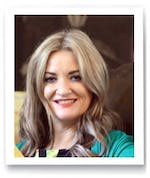 Christina Gabbitas is an award-winning children's author, poet and voiceover artist, as well as a director of multiple companies, which she set up single-handedly.

Today Christina is a successful author and businesswoman, and unrecognisable from her younger self. At school she was a pupil who preferred to sit at the back of the classroom and blend in with the furniture, scared of people and anything that moved. She was quiet and shy and nearly lost her first job, as she found it difficult to speak to people. Over a period of time she had to teach herself not to be so self-conscious and gradually she flourished with an abundance of energy, ideas and passion to achieve.

Now a published author, who always had a desire to write, Christina stages storytelling sessions, engaging with primary age children and encouraging imagination through writing. Christina equally enjoys inspiring older children to believe in themselves, as she talks eloquently about her journey from wallflower to author, poet, voiceover artist and director. Christina likes to promote a 'can do' and a positive 'have a go' attitude.


Christina has made her dreams become a reality and feels privileged to be able to pass on her experience to others. She has written a number of children's books, including the Felicity Fly series, which teaches children about the world around them, drawing on her own experiences of being a timid child. The stories are narrated by Christina with different character accents and voices, which help children with speaking and listening skills. She also runs an annual poetry initiative, called the Eight Line Rhyme Competition, which draws in entries from both the UK and abroad. It gives children of all abilities, an equal opportunity of having their work published. The 2015 book gained Christina the Dame Beryl Bainbridge First Time Author Award 2015.

She has written a safeguarding book for children that has been endorsed by the NSPCC and Barnardo's, encouraging children to speak out, and this is now being animated by Sheffield Hallam University (which can be viewed here). This will be a free resource for children, parents and teachers, and is being launched on 19 October 2017 at Sheffield Hallam University. Her passion for getting the safeguarding message across has also led to her founding Eliziam Events, a company that hosts conferences and events, predominantly in the education sector. The first conference called ‘Reach Out, Speak Out’ is being held at the Royal Armouries in Leeds on 1 February 2018.

Following some research that she did which showed that there are over 350 literature festivals in the UK and less than 10% are solely dedicated to children, Christina set up Children’s Reading Festivals, to give children from all backgrounds an equal opportunity to access books. This has recently been nominated for North Yorkshire County Council 'Best Community Award'.

"Thank you so much Christina for a thoroughly entertaining afternoon. The children here at Hessle Mount loved your stories about Felicity Fly and her friends; having the stories read aloud with their amazing accents had the children enthralled. We enjoyed hearing about how your ideas to write materialised and learnt about your determination and dedication to getting your ideas published. The children have been inspired to put pencil to paper and are presently writing their own poems about friendship, fears and teamwork. Many thanks once again for a lovely afternoon and good luck with your next story. We look forward to reading it."

"The children really enjoyed the stories and loved the different characters. Parents enjoyed the stories too and it inspired them to use different voices for different characters when they read to their children. Thank you for helping to make our FRED event such a big success. The children loved the writing workshops and produced some lovely quality writing. It also inspired them to write some short stories at home. A wonderful day enjoyed by all."

"The children had a fantastic morning listening to Christina's Felicity Fly stories. They were enchanted by the fantastic accents that Christina adopted for each one of the characters and they thoroughly enjoyed learning the Felicity Fly song. The Children have been inspired by Christina's visit with many of them now wanting to become authors themselves!"

''Thank you so much Christina. We loved having you in our school for World Book Day. You were absolutely fabulous with the children and I know they all thoroughly enjoyed it. Your stories about Felicity Fly and her friends were fantastic and we were all very entertained with the fantastic accents you added to the characters as you read them. Your passion and enthusiasm as an author is inspirational, and so many of the children in Year 6 have been writing poems and stories of their own. We hope to share some of them with you.''

"Thank you again for a wonderful day, the children were so enthusiastic listening to the stories and were amazed at your story of you became an author. This is exactly the kind of inspiration our children need and I think it has given them a better understanding of where literacy can take them in future."