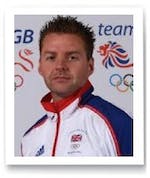 Anthony retired from international badminton in 2011, having excelled at the highest level in the sport, and is now an Ambassador for Badminton England. He is one of Badminton’s most prolific and respected players gaining over 100 caps for England, winning seven Commonwealth medals, two World Championship medals and representing Great Britain at two Olympic Games.

Despite having a family history of badminton, it was not a sport Anthony was particularly interested in until his mother entered him into a local tournament at the age of 12. Even though he barely knew the rules or the scoring process of the game, Anthony reached the mixed doubles final and was invited to county practice.

His career progressed rapidly, and, as a result of his dedicated training six days a week, Anthony had made the England team within two years. Aged 16 he became Junior National Champion and at 23 he won the first, of what was to be a record of nine, successive national senior titles.

Despite his success, Anthony’s greatest achievement came aged 14 when he received an award from the Royal Humane Society after saving his mum from drowning. Anthony credits his mother’s dedication and commitment, tirelessly driving Anthony to training and tournaments, with enabling him to realise his sporting dream.

His world class badminton career has been built on technical ability, hard work, a desire to meet any challenge and an ability to create rewarding relationships. Anthony now wants to share his knowledge, experience and enthusiasm with everyone who has the passion to participate in and enjoy sport.

Anthony has also been selected as one of four coaches in the country to be part of the Elite Coach Programme and is the Performance Director for Leicestershire Schools Badminton, as well as recently becoming the lead commentator in the New National Badminton League which is covered live on Sky Sports.

Commenting on his Athlete Mentor role, Anthony says: “I believe that everyone has a talent, although some people may not know themselves what it is. I learnt so much from older players throughout my career and it is an honour for me to be able to pass on my knowledge and experience to the next generation of young sportsmen and women. It would make me very proud to witness these young people develop and hopefully find a sport that they love.”

"Anthony was as good as we have had, really impressed."

"Anthony was our Sky Sports Living for Sport (SSLFS) Athlete mentor and was very effective in delivering the keys to success to our SSLFS group, inspiring them to succeed in the programme. The group were so successful that one of them was nominated for student of the year and won the East Midlands area and as such was invited to the national finals at Sky Sports Studios. Anthony was also guest speaker at our PE Presentation Evening and delivered an inspiring speech to our students and parents about his personal journey from school sport to Olympic and World success. I would whole-heartedly recommend Anthony to anyone seeking a professional, inspiring evening, guest or key-note speaker who will add value to any event or programme that is being run."

"Anthony has delivered at our school on a number of occasions and every time has shown himself to be exceptionally well organised. Not only in his planning and preparation but in his communication before the visits and throughout the day. He has worked with a variety of different staff and students and shown himself to be personable, adaptable fun and engaging. His background story helps enthral all who hear it and the activities he organises can help develop leaderships skills and bond groups of differing student ages/abilities/backgrounds together effortlessly. I would highly recommend him."

"Anthony came into our school around 7 years ago and did this consecutively for 5 years. What amazed me in the first instance was his enthusiasm for his own sport and using badminton to ignite student’s imaginations and self-realisation of their own ability and capacity to learn new skills. He brings such relevance and perspective on motivational talks so that all ages can understand about their opportunities Anthony has brought the best out of our most challenged children. Anthony has humour, outstanding communication skills both verbally and with his body language he demonstrates such positivity that it cannot help but rub off on you. Anthony has also been a popular athlete in the local area attending our local badminton championships to generously give up his time to award the winners trophies. We certainly welcome Anthony back again."