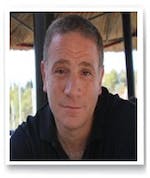 Never has drug education in schools been so necessary, with latest figures showing that a staggering 20%-25% of 11-15 year old children in the UK have tried illegal drugs. That figure doubles with 16-24 year olds.

It is clear that the old "JUST SAY NO" approach does not work and with the escalating strengths and new strains of drugs hitting the streets, combined with the decreasing cost of drugs and the ever increasing number and widespread availability of "legal highs," effective drug education is of paramount importance.

So, what is "effective" drugs education? The difficulty is getting the balance right between dispelling the myths, teaching the facts, and maintaining the perception of freedom of choice. This is where Simon excels. His hard-hitting, fast-paced and interactive talks keep his audiences engaged, involved and enthralled throughout. From individual classes to entire year groups Simon's message is the same: Education is the key to curb the binge culture amongst teens today, limit the damage caused by misleading and dangerous websites and reduce the number of drug induced mental health issues, hospital admissions and deaths caused by the use of recreational drugs.

Simon also conducts evening presentations to parent groups to keep parents abreast of what their child is learning, thus promoting open discussions at home. This also gives parents the opportunity to ask questions to alleviate their growing fears caused by the often tragic drug-related stories frequently reported in the media.

Simon is an accredited independent counsellor specializing in the treatment of Addictive Disorders. He qualified with a Masters Degree in Addiction Counselling and has been both accredited by, and an examiner for, the Federation of Drug and Alcohol Professionals (FDAP).

Prior to setting up private practices in Central and North West London, he was the Treatment Director and Director of Outpatient Services for a leading UK residential and Day-Care treatment centre. He has been speaking at schools since 2004.

"Simon gave a very informative and thought provoking talk to staff, parents and pupils at my school... He was able to give up to date information about the whole area of drug taking, the law and the effects of addiction... I can firmly recommend any school to book Simon as soon as they can."

"...Simon was the answer to all our concerns... the children were completely engaged with and interested in the information Simon gave... Simon commanded his audience in an unbelievable way; he answered all their questions in a candid and informative manner and really made the children think about the choices they will have to make. As a parent myself, I wish my children could have heard him talk."

"Simon's energy and enthusiasm created an atmosphere in the room that maintained the interest of the 250 students. His mix of accurate scientific facts, humour and honest reality allowed students to really gain a handle on the difficult issues involved...The buzz and atmosphere leaving the hall amongst the students leads me to conclude that today will have an impact on the choices they make in the future."