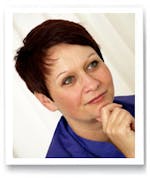 The Supernanny for Teens!

Sarah Newton is a world leading authority on how to connect, engage and motivate young people. An author, speaker, consultant, creator of teenology and media expert she has shared her wisdom with millions who have tuned into her TV and Radio Shows, followed her writing and listen to her thought provoking talks.

She has worked with and transformed some of the most difficult and empathetic young people and regularly appears in the media, giving her expert opinion. She has been featured on most UK TV channels (with one of her programmes watched by 1 in 4 of the UK population), hosted her own TV series (which has aired in America, Australia, New Zealand, Poland and Scandinavia), been involved with campaigns for such companies as MTV, Paramount and the BBC and has sat on future thought panels for ITV

Hailed as "The Supernanny for Teens" by TV Times, Sarah has worked in this field now for over 17 years of her life, initially as a police officer in the Met and for the last 11 years running her own youth consultancy business.

Over the last eight years Sarah has created a Student Success Programme, which is a systematic, holistic approach to studying for exams and doing better at school that is personalised to every individual child, helping them succeed. This system has been used again and again and 90 % of students going through the system have increased their grades, with some raising grades in 5 subjects.

Her first book, “Help! My Teenager is an Alien – the everyday situation guide for parents” was launched in March 2007. This book has now been translated into Polish and Chinese.

"Sarah was extremely professional in her approach, treating our students as young adults. She worked with them through a wide number of barriers in an extremely informal, yet often quite entertaining way. 90% of the group improved at least 3 of their GCSE grades.”

“Lovely to see you again on Saturday and thank you for giving such an honest and insightful talk to our parents. I know you have definitely given them food for thought. Thank you once again and hopefully we can get you back to talk to the girls in the near future.”

"I thoroughly enjoyed your talk on Saturday, it certainly gave me lots to think about."

"Really enjoyed the talk. Very pertinent to recent issues that have arisen".

"Thank you for your fascinating lecture. The pupils responded very positively to what you said and lots of discussion came from your talk to do with the nature of being on a threshhold and what that means to them. I think you hit a nerve and I would like to applaud your willingness to offer something a bit different! Thanks again Sarah and hopefully we will meet again. Very best wishes."