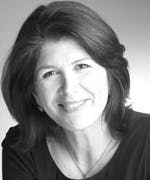 As the first British woman to climb Everest and the Seven Summits, Rebecca is a highly sought-after professional speaker who believes in the ability of individuals to achieve beyond their wildest dreams.

Rebecca's achievements as a mountaineer might suggest she has always known what she wanted to do, but the truth is very different. At school she enjoyed her studies but followed no particular path - a background that can surprise, but also creates an immediate empathy with many of her listeners.

It wasn't until the age of 27 that she discovered a passion that was to change her life. As a journalist, she accompanied an expedition on Everest's North East Ridge and got bitten by the mountaineering bug. She decided she wanted to climb. Not only that, she wanted to climb the highest mountain in the world, seemingly unperturbed by the fact she knew very little about it.

Four years on she fulfilled her ambition and went on to scale the highest mountain on each on the seven continents. How did she do? "Not so difficult," she says, "I wanted to climb these mountains more than anything else in the world and that was half the battle won. An inner desire meant I just pushed myself that much harder to acquire the skills and ensure it happened."

In the belief that every individual has 'their Everest' and can achieve extraordinary things if they listen to their inner voice and have the courage to follow their chosen path. Rebecca lectures and runs master-classes for schools and businesses around the world. As well as clarity of vision and a self-belief, she talks about leadership, team, communications, decision-making and risk. She is chair of The Himalayan Trust UK, a council member of the Royal Geographical Society and a member of the Alpine Club and regularly leads treks to the Himalayas and Africa.

"You really touched the hearts and minds - and stirred the aspirations of our pupils (and staff and guests)."

"It was as if she were speaking directly to me."

"A compelling and utterly fascinating insight into Everest. Yes, you had a great story to tell, and yes, you had winning visuals to back you up, but ultimately these things come down to the individual at the front. Brilliant!"

"The capacity audience admired the clarity of her talk, the fine pictures and the modest way in which she described such an arduous expedition. Her lecture was a great triumph."

"Rebecca was lovely. She was very inspiring and fascinating. The hour went too quickly!"