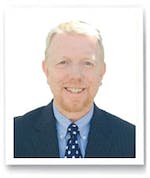 Ray Galloway is the Director of Blue Light Investigations and Training Limited. He retired from being a Detective Superintendent for North Yorkshire Police in 2013, having previously worked for Merseyside Police, with a total of 30 years in a range of investigative roles.

He is a fully accredited Senior Investigating Officer with a breadth of experience in the investigation of homicide, organised crime and covert operations. He is also a trained and experienced Hostage Negotiator.

Ray's roles in the police service include those of Head of Major Crime, Head of Serious and Organised Crime and Director of Intelligence. He was the Kidnap and Extortion Champion for North Yorkshire and a member of the Association of Chief Police Officers (ACPO) national working group that identified best practice relating to the investigation of rape and serious sexual offences.

His breadth of investigative experience ranges from the conviction of a man for murder despite no body being recovered to the criminal investigation of a military helicopter crash that resulted in three fatalities and multiple injuries. He also has experience of investigating deaths in health care settings and successfully managing covert operations targeting organised crime.

Since his retirement from the police service Ray has directed the independent investigation into the activities of Jimmy Savile in Leeds and he was the co-author of the public report published in June 2014. From July 2014, Ray directed the NHS Savile Legacy Unit that was responsible for the oversight and quality assurance of all NHS investigations into Savile around the country. Again, he was co-author of the public report that was published in February 2015.

Ray spent two years as the Press Office Manager and spokesperson for Merseyside Police, a period that greatly developed his understanding of the workings of the media. This ranged from managing the media at serious incidents to the terrorist alert at the Grand National. Since that time he has had very regular exposure to the media via his role as a Senior Investigating Officer, including live press conferences and appearances on national television.

This prolonged and broad ranging exposure to investigation has enabled Ray to secure extensive experience of dealing with sensitive matters discreetly, objectively and professionally. He is then able to present, rationalise and articulate his findings in reports that address the needs of the person or organisation who has commissioned his work. These reports include recommendations and identification of best practice, or the need for improvement, as appropriate.