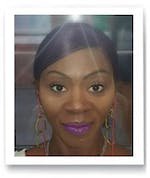 Paris is a teacher, trainer, lecturer and motivational speaker who became a looked after child at the age of 6. By the time she left local authority care she had lived in 4 children’s homes, a secure unit, 3 foster homes and an independent living hostel. Despite all the odds stacked against her, she became a successful educator who is passionate about her work with charities and helping vulnerable people reach their potential. In 1996 she won The Whitbread Volunteer Award for her service to a range of charities as a volunteer and currently volunteers for The Royal Society for Blind Children (RSBC formally known as RLSB) as part of their well-being programme.

Paris entered the care system as a result of her birth mother’s prison conviction for abuse which, due to its severity, was featured in the local press. She remained a looked after child in London, Essex and the surrounding areas till formally leaving at aged 18. In her early ages, she developed a personal interest in psychology, in order to gain some understanding of her own history. Multiple placements took its toll, but Paris, named as one of the most resilient people her social worker had ever met, began to provide support to disadvantaged children within the care system. At aged 19, Paris become an Independent Advisor, attending conferences and giving talks in the wake of the 1989 Children Act. Some of the young people Paris supported were those who had developed mental illness & disorders, in part, due to their disturbed pasts.

After qualifying as a teacher & working as a lecturer in Health, Social Care & Psychology, Paris did a MA in Philosophy / Psychology combined at Middlesex University and began working freelance delivering a combination of education and motivation to young people, social workers, probation staff, foster carers and youth offenders. She uses a combination of mindfulness and meditation to enhance her own well-being and has a passionate, fun but inspiring approach to her talks. She challenges her audiences to ‘survive, grow and inspire’ others by sharing a range of techniques she uses for achieving this within her own life; her basic message is one of hope & inspiration, her mission, to let her audiences know that recovery from trauma is possible.

"Paris was great. We were really pleased with her talk."

"Paris' session was informative, imaginative and intriguing! The learners were encouraged greatly by her motivational nature and the interactive feature of her session. Feedback was that they felt their opinions and thoughts were valued as much as the person sitting beside them. As a result I can happily say many of the learners have reached their aims and goals in employment. We cannot thank Paris enough!"

''Our students thoroughly enjoyed the presentation Paris delivered, it was inspiring and they learnt a lot from it. Our students are nervous & apprehensive before starting the course, some have been going through depression, stress & anxiety which is extremely demotivating.

Paris has a style which boosts their confidence and self-esteem, encourages them to not giving up, using her words of wisdom and stories of hope. She's a great teacher, motivator and all round speaker. Awesome!''

''Paris was well organised, keen and positive with very good subject knowledge, who related clearly and professionally to the students who are motivated by her. Her skills as a speaker are unique and inspiring. Some of our most disadvantaged students were moved by what she had to say.''