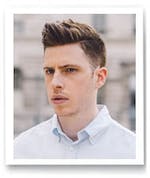 Chart topping musician who grew up letting anxiety control his life, now he has a powerful message for those struggling with mental health

Nick is a critically acclaimed recording artist signed to Island Records, who, still at an early stage in his career has sold over 100,000 records in the UK, and also earned himself a top 20 hit along the way.

Nick has a fascinating story about going from being too shy to put his hand up in class, to performing his songs in front of thousands of people. Nick shares about how he struggled to really know who he was through his school years. Being a quiet and shy boy who just wanted to fit in, Nick talks openly and honestly about the struggle he went through to find out who he truly was.

Nick tried to use his ability to rap at school to get people to like him, which in turn led to Nick rapping about negative things such as violence, and talking about a life that didn’t represent who he truly was. Because Nick was trying to find his identity in the wrong things, he got himself into a lot of situations that he didn’t really need to.

Nick came to the realisation that he didn’t want to go down the same path that many of his friends were going down; a life of crime and underachievement, and decided that he wanted to make a positive impact through his life. Even though he was not the most confident person, he did not want to let that hold him back from being who he was made to be.

He went to University to study History, and graduated with a 2:1 degree. At the same time, Nick started writing positive songs about the importance of good relationships, being honest, showing integrity and treating people properly. Nick also became a mentor, working with challenging students across inner city London boroughs, and seeing huge improvement among them. Nick got signed to Island Records in 2014, but still has a huge passion for young people, and uses his story and music to inspire and encourage.

Nick has important words to say to young people on coming to terms with issues of mental health, being open to talk about it, and learning to deal with it. Nick has recently become a patron for Anxiety UK; the biggest national anxiety charity.

"Overall, from the feedback I have received from students and staff, I think he did a good job. The feedback that I have had from teachers suggests that he was good and spoke about experiences which were directly linked to what the students could be going through in relation to exams which worked well for the students in the lead up to their mock exams."

"Nick was great thank you. Really engaging. The 6th formers really benefited from his advice and honesty. Thank you for arranging. Such a quick an easy process, have recommended to others."

"It went very well! Both students and the staff were happy with his talk."

"The session with Nick was great! The students were really engaged and seemed to get a lot out of it. They were impressed with his story and his message and said it was one of the best talks of the day (we'd had other speakers in too). Thanks!"

The session with Nick was really positive. He was engaging with the students and gave a real insight into his difficulties and how he has tried to overcome them.

"Nick has a message that young people need to hear. He was confident and engaging, and spoke in a way that captivated the students. Sharing his experiences of how he realised that he couldn't follow the crowd down a negative path was spot on. Nick highlighted that the decision to lead an actively positive lifestyle has set the tone for the life that he has gone on to lead, including becoming a signed recording artist. The students had a lot of questions for him, and were really positively impacted by his message."

"Nick's assembly was really powerful. He was able to engage students as young as 4 years old right up to the age of 11. The use of his songs, which contained positive messages, was something that the students really enjoyed. He spoke openly and honestly about his experiences, and he encouraged the young people to strive to be known for positive reasons. This was really impactful."

"Nick's story of discovering and knowing his true identity is one that that was very impactful for the students. Sharing about his life, and how he came to realise the positive things that made him who he really was, is something that will stick with them. Talking about how that has led him down the path of becoming a signed recording artist with a top 20 single is something that I believe has inspired the young people."

"Yesterday we have received a fabulous feedback from some of the students and staff attending the talk. Nick did a fabulous job!"