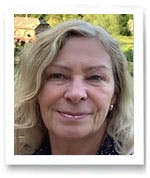 Just Keep Swimming! Keep reaching out for your dreams and you will get there

Jane's early years involved being raised by a single parent, living on a council estate, going out to work from age 13 and having to work for everything from an early age. Her dream of swimming the channel started when her dad took her for swimming lessons on a Sunday morning ... one of the few memories she had of him.

Jane grew up on one of the largest council estates in Europe. Her mum and dad got divorced when she was young, her mum worked hard to ensure family life was strong.

Janes dream of swimming the Channel started when she went with her sister for swimming lessons.Their dad took them on a Sunday morning when they were age 7 and 8 ....... a lovely memory of good times. After leaving school with several GCSE’s she went straight into work. In the 1970’s there were no financial benefits, to grow and survive you had to have a job, her first one as a paper girl at 12!

She survived a physical assault in her early 20’s and this ultimately urged her on to change her life. Jane enrolled in university at the age of 27 and gained a 2:1 degree in Art. She then moved to Liverpool and widened her experiences with volunteering and various jobs.

A chance email at work offered her the opportunity to try out for a Channel swimming relay team. The chance to fulfil her dream, to join the dots in a rocky picture of life so far. Her mind was made up, she trained, persisted, pushed herself and never waivered. After months of trials she was chosen to be in a team of 6 to attempt the official swim.

In 1999 the team succeeded. They survived the rough waves, the night time fear of the dark, sea sickness and very cold eater! They raised over £30,000 for charity. There have only ever been 914 successful relay swims since records began in 1875.

Jane's story shows that despite struggles you should always hang on to your dreams. Resilience, persistence, willpower will get you there eventually!

Just as a swimming stroke reaches into the waves, you can reach that extra inch with each try and you will get there, just like Jane got to France across the Channel!

"Thank you for today, the children really got a lot out of it and you delivered the sessions in a fun/accessible way so that the children were not too shy to ask and answer questions".

"Jane, can I just say what a fabulous, fabulous talk it was. You were so accommodating and adapted so well to fit the session in around our strict bubble conditions. The talk itself was presented so clearly. The children were made to feel at ease straight away and the class were treated respectfully and as sensible young people. No question was left unanswered and the class really opened up to you. I learnt something new as well!"

"Jane is a very valued member of the locality team, she demonstrates a very high standard in her delivery of all the work she undertakes.I have had the great pleasure of observing Jane delivering her sessions to pupils in school.Her knowledge base and passion shone through with how she engages with young people in our city."