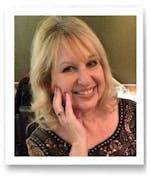 Gillian Walnes Perry was the Co-founder and Executive Director of the Anne Frank Trust UK. The Trust was set up in 1990, along with family and friends of Mr Otto Frank. When Gillian retired in 2016 the Trust had a staff of 35, taking educational programmes to combat prejudice and discrimination to schools, prisons and communities in all parts of the UK. It also stages national educational events and campaigns.

Gillian now lectures on the life and educational legacy of Anne Frank to all age groups, as well as other social history topics, in the UK, the US and other parts of the world. Talks are accompanied by a richly illustrated slide show, and can be tailored to any age group, curriculum requirements or specific social issues. She also offers programmes for CPD.

Gillian has many years’ experience of speaking in and working with Primary and Secondary schools, colleges and universities, and supporting Professional Development. She has created many curriculum-linked resources, activities and programmes and been a keynote speaker at schools’ events, such as annual Founders’ Day.

In the past year alone, Gillian has written a targeted Holocaust Memorial Day pack for teachers for a well-known educational resources company, plus a new resource on teaching Anne Frank at Year 6; written articles on ‘What We Can Learn from Anne Frank’ for SecEd magazine and Pearson Education online magazine; created and delivered a five-part course on Anne Frank’s life and experiences for a US based organisation; contributed a chapter for a new Holocaust resource being created by Penn State University USA; been a panellist in an international discussion on ‘The New Normal in Schools’ for Pearson Education; written two fictional (curriculum linked) stories based on the Vikings and on the Anglo-Saxons for Year 6 pupils.

Gillian also acts as an ambassador and advisor to the Anne Frank Center for Mutual Respect in the USA. She has spoken at the United Nations in New York, 10 Downing Street and in 2019, the Clinton Presidential Center in Little Rock Arkansas. Her first book, ‘The Legacy of Anne Frank’ was published in 2018, and her second book ‘The Social History of English Afternoon Tea’ is due out in spring 2022.

In 2010 Gillian was awarded an MBE for her work in education.

'Gillian Perry lectured to our undergraduate students who are studying Holocaust studies at the University of Southampton. Gillian gave an engaging illustrated lecture which covered the story of Anne Frank and her family, and then how Anne’s diary has been used to influence generations of children and adults across the world, often in very challenging situations. The students found her lecture fascinating and their engagement was shown through wide ranging questions which Gillian answered with care and enthusiasm.'

‘It was certainly a day to remember and one that our pupils will remember forever and will no doubt go down as a highlight of their school days here. Gillian - you were an inspiration to them - thank you so much! You could have heard a pin drop in both rooms when you were talking and one of the staff have also said that they felt they were actually there when you were talking.'

‘I have attended several virtual events this year and this was my favourite one. Gillian's ability to instill hope and inspiration into what can sometimes be very heavy material, is a great talent.’