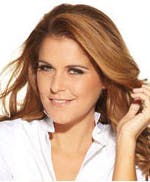 Gemma Oaten's acting career already includes BBC Doctors which she did just one month from graduation at Drama Studio London in 2010 and the role of Rachel Breckle in Emmerdale from 2011 - 2015, for which she received best new-comer nominations for the TV Choice Awards, British Soap Awards and Inside Soap Awards.


She has an impeccable reputation with directors, casting agents and producers alike and counts Sir Patrick Stewart and Sir Tom Courtenay as both mentors and friends. It was Patrick Stewart who suggested she use her public profile to raise awareness for mental health, anorexia and bullying issues.

Having conquered anorexia from which she suffered for many years Gemma has personal expertise in mental health issues and bullying.

Gemma says she is alive because she found the strength to fight her demons thanks to the support of her parents. She regularly speaks to audiences around the UK about not only being as a survivor and advocate of what it is to really, nearly lose it all, but what it was like to get back to full health and fulfill her dreams.

Since 'Emmerdale' she has also appeared on 'Casualty' and has become a patron for her parent’s charity 'Seed' (Support and Empathy for Eating Disorders).

Gemma also appears regularly on daytime programmes such as Lorraine Kelly, Good Morning Britain and This Morning to continue her promise to raise awareness for eating disorders, anti bullying and cancer alongside promoting the huge TV storylines she has been involved in.

Recently she became an ambassador for the Princess Diana awards in the fight to promote anti-bullying and she gained much admiration from her peers whilst delivering a passionate speech on bullying at the Ben Cohen StandUp Foundation Gala. She received a standing ovation.

Gemma’s path to success has been a very tough one. Suffering from anorexia for 15 years, she nearly died four times. Recovery was incredibly hard with many hurdles along the way. It came with hard work and goal setting, achieving and positive thinking.

So it was with incredible gratitude and delight that she was able to live her dream and become a household name on Emmerdale.

Gemma has 82,000 followers on twitter ranging from the age of 8 to 98! Her big exit story line at Emmerdale resulted in her appearing in many publications and she made the front cover of the Daily Express weekend magazine which a great achievement for one so early in her career.

"Gemma was amazing – with so much positive feedback – it went down so well, with the students, parents and staff, they didn’t want her to leave and she stayed for an hour afterwards signing autographs and speaking with families when she could have easily left on time. Truly inspirational speech, and such a lovely warm person. It is certainly an evening I won’t forget in a hurry."

"Gemma is one of the most inspirational young woman I have ever heard talk. To see her standing there and describing the torment and pain and suffering that she's been through is heartbreaking, but then when you realise how she has turned her world around, with the help of her incredibly loving family, you see that you're in the presence of a truly good, kind and generous person. Every time I see Gemma I cannot get over how magical and special she really is."

"Gemma’s life story is incredible, the fights, battles, mental turmoil and struggles are only overtaken by her incredible enthusiasm for life, her shining personality and her message of pure 'Hope'. Listening to Gemma it is almost impossible not to travel on the journey with her, you come part of the feelings, sadness, fear and courage and by the end you leave knowing that truly, 'anything is possible' and more so 'You are possible'. Gemma’s inspiring talks are not a performance they are a real life showcase of courage, determination and empowerment and victory over a very real, tragic, sad story. Inspiring is a word so often used too easily, Gemma is the utter meaning of this word, she walks it, talks it and shines it and I am only honoured to have her as part of my life."

"We were very lucky to have Gemma Oaten speak at the occasion of our National Makeup Awards 2016. We invited Gemma to address an audience of beauty students, professionals and lecturer. Gemma’s own story is very moving and told from the heart. However due to Gemma’s bubbly and inspirational personality she was able to deliver very serious information in such a way that that audience’s attention was transfixed by her story. Holding people’s attention on such a serious subject was always going to be a challenge in our environment but Gemma managed it and still managed to leave the audience relaxed and uplifted by the end."