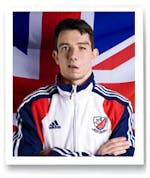 Make every obstacle an opportunity

After leaving school with only average grades, Craig signed up to join the RAF at 19. However, during a routine medical examination for new recruits, doctors found a brain tumour and Craig required immediate surgery lasting some 18 hours. Following the surgery, Craig underwent extensive rehabilitation and rebuilt his life, using this 'second chance' to improve his future prospects.

During this period Craig discovered a love of sport, representing Hull University at both rowing and cricket. Due to his brain surgery, Craig was left with nerve damage which resulted in limb weakness and problems with his hearing and sight. Drawing on his passion for sport and using this to overcome his disability, Craig soon found himself aspiring to represent Great Britain and looked to further this by concentrating on his rowing when studies took him to Guildford.

After attending a ‘Paralympics Potential’ session in 2010, while seeking out the rowing coaches, Craig was spotted by the British Disabled Fencing Association as having a talent for fencing. He has been in training ever since, putting a legal career on hold in order to train as a full-time athlete.

Within his first international year Craig was selected to represent Great Britain at both European and World Championships and just over two years after taking up the sport he was selected for his first Paralympic Games.

Following a career best performance to end the 2012 season, Craig left the sport of wheelchair fencing in order to pursue a new challenge within the world of endurance sports. This challenge sees Craig aiming to represent Great Britain at future games in either cycling or paratriathlon.

Since the tumour changed the course of Craig’s life, leaving him unable to fulfil his dream of fighting for his country in the RAF, Craig’s philosophy is that he still represents his country albeit in a different light.

"Craig came and told the children about his experiences and showed videos of these and the equipment he uses. His talk was detailed and in depth covering a vast range of his experiences, giving the children a good understanding of what it is like to train and compete, as well as an appreciation of the many challenges that face paralympians and those involved in disability sport.They have continued talking about him on many occasions to this day, asking after him/when he is competing etc. Overall a fantastic experience for the children which has led to them to continue to be inspired by sport and also to produce high quality work as a result of Craig’s talk in school."

"Mr McCann spoke with great knowledge and authority, had a relaxed style and the pupils were engaged and motivated by his speech. Mr McCann modified his vocabulary to suit the age range of the pupils and explained the use of his equipment in a friendly and instructive manner. It was clear to everyone that Mr McCann has overcome many obstacles in his life to achieve such a high standard in his chosen sport. He is an inspiration to the pupils and staff, demonstrating that with hard work and determination, we can all reach our goals."

"What a great evening. Thank you so much for your contribution to our Sports Presentation evening and Olympic celebrations. The pupils had a great 2 weeks of activities, culminating in a wonderful evening of celebration, inspired by your words. You were a natural!"