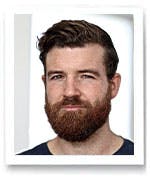 Tales of challenge, adventure and personal growth in remote corners of the world

Charlie is a British explorer, writer, photographer and motivational speaker. He specialises in long distance, human-powered expeditions and has travelled over 50,000 miles by bicycle, foot, horse, ski, kayak and dugout canoe. His work has featured in a range of publications including The Sunday Times, The Daily Telegraph, The Daily Express, The Guardian, Wanderlust, Travelmag, Sidetracked magazine and BBC World Service. His writing was also selected for inclusion in the book ‘The Best British Travel Writing of the 21st Century’.

Charlie’s longest expedition was a 43,000-mile bicycle journey reaching the furthest cape in each of Europe, Asia and Africa before returning home. On this journey he traversed 60 countries, encountering extremes of weather, remoteness and physical exhaustion during the four and a half years he was away. The twists and turns of this journey presented him with challenges he had never dreamed of facing but, through introspection and perseverance, he overcame them and completed the journey.

In 2012 Charlie walked 1,000 miles solo across the Gobi desert from China to Mongolia. This feat involved walking daily marathons for six weeks whilst carrying enough food and water to survive. He subsequently trekked 600 miles across Mongolia in the company of a semi-feral pony and a stray dog he found in the forest.

In 2014 Charlie descended the Lulua, a little-known tributary of the Congo River, in a leaky dugout canoe. This journey into remote and effectively uncharted territory of DRC was beset by rapids, waterfalls, hippos, crocodiles and violent bouts of malaria and typhoid fever. In 2017, Charlie undertook an eight-month, 5,000-mile triathlon tracing the perceived Europe-Asia border in order to investigate the relevance of this line in the modern world.

In 2019 he competed a crossing of Papua New Guinea by foot and raft, summiting the country's two highest mountains and descending its longest river. Along the way, in the Highlands region, he spent time with some of the world's most isolated communities.

Charlie’s talks inspire audiences to challenge themselves in all aspects of life by identifying their passions, setting ambitious targets and striving towards them. Keen to share lessons learned from the wilderness, Charlie’s talks incorporate numerous themes including perseverance, goal-setting, positive failure, leadership, teamwork, resilience and dealing with risk.

“The questions asked afterwards are the measure of a good talk and, judging from the response to yours, you were sensational… the students didn’t want to leave. You engaged with such a diverse audience – staff, sixth formers and year sevens were all keen to speak with you afterwards. Besides being incredibly funny, your self-effacing delivery pointed to the adventurous spirit and deep vein of untapped resources within all of us.”

"One of the most inspiring, thought provoking and memorable talks I’ve ever heard. Charlie is a fluent, engaging & witty speaker. So lovely to have a speaker who doesn’t rely on notes. We'll definitely be inviting Charlie back next year."

“Charlie's talk inspired our sixth form so much that they were all still talking about it the next day. Many felt moved to try things they hitherto thought impossible! It was great to see the students engaged by his ‘show’ rather than ‘tell’ approach. Charlie is able to engage the students with his enthralling story, advising them without lecturing by sharing his own awesome experiences. Without patronising, Charlie talks of resilience, problem solving, persistence, determination and optimism, all within a 40 minute talk. The best speaker we have had this academic year – we can’t wait to see him again.”

"Charlie's talk was brilliant. He was so easy to work with and his talk was incredibly engaging. With online talks it very much is voluntary for the pupils to listen and you often find numbers drop off throughout. However, Charlie’s attendance figures actually rose throughout as the pupils were clearly messaging each other and telling others to listen in.

Below is an email I received from a pupil straight after the talk:

Just wanted to say how much I LOVED the talk today, I just ordered his book! Thank you so much for organising it"

"Put simply, Charlie is the best story teller I’ve ever heard. A remarkable and inspiring tale of his awesome journey around the world by bike. Even better, all will agree, Years 7 to 13 alike."

“Charlie was an inspirational guest and a remarkable speaker. We were honoured to host him - he helped spark the flame of adventure within our pupils."

“His talk was inspirational not just because of the physical adventure but also the issues of the different peoples he met in terms of their politics, religions, hospitality and respective cultures. He also clearly demonstrated that any dream can be realised and that people are not necessarily restricted by their environs. The Sixth Form Students that Charlie talked to thoroughly enjoyed the event.”