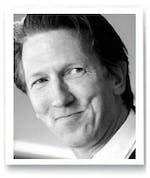 Brendan is a Double Olympian who represented and captained GB at countless World and European competitions over a ten year period whilst combining studies at the University of Loughborough- graduating with a BSc in PE, Sports Science and Recreational Management.

He won medals and broke records at all levels of competition from National to World Cup level. He was 5 x English Schools Champion, World Record Holder for 15 year olds (2m12cm), 5 x British Senior Champion, European and World Schools Champion with a Personal Best of jump 2m32cm. To put this in perspective this height would have won the 2012 Olympic Bronze medal.

Life however was not always so smooth as his talk describes.

Having grown up in a 'challenging' town and 'challenging' school he focused his efforts on trying new sports and discovered the High jump. Within a year he was the World Record Holder for 15 year olds and his dream of becoming an Olympian was set.

A 4 year goal had ups and downs and through serious injury taught him resilience and tenacity as he went on to become an Olympian and compete at this level for 10 years.

He has now used all these experience's to set up a virtual platform called 'Anywhere Fitness' where he hopes to motivate and educate organisations, schools and health clubs globally. Brendan has the rights to distribute this fitness content globally and with over 400 fitness, sport, PE videos from some of the biggest global fitness stars Brendan is confident that the inspirational legacy of 2012 will continue to develop stars of the future.

"We had a fantastic launch. Both the staff and the children were amazed with Brendan Reilly. The children were engaged at all times and were able to ask lots of questions about how Brendan became successful and what it was like. One of the key messages that I feel Brendan was able to get across very well was that he tried his hand at a variety of sports and activities before he found one that he loved. This really got the children thinking about how they could try things outside their comfort zones. Many staff and children commented on how warm, approachable and friendly Brendan was. He made the children laugh on several occasions, and the powerpoint presentation that he made was informative, relevant and entertaining."

"The children responded extremely well to Brendan’s visit. They had plenty of questions, both about his sporting interest, and about his personal life, and life since the Olympics. Some children were particularly interested to hear about Brendan’s background as it gave them the feeling that no matter where you came from, you could do it. No matter what questions the children had, however obscure, he had a story to tell that they found interesting and that also had a positive message. We will all look forward to moving on with this project and being the best we can be"

"Brendan’s visit was amazing. He talked to the whole school and held everyone’s attention as he outlined his journey, triumphs and setbacks and the qualities needed to achieve success. He talked about the fact that goals change and that identifying your personal goal and working towards this is key. The question and answer session in the hall was brilliant – the children asked quite reflective, often two part questions and revealed their understanding of the emotional intelligence necessary for a successful mindset."