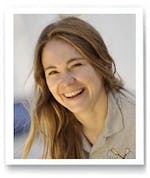 Guinness World Record holding explorer Belinda Kirk is a fearless woman who's talks will inspire young people to take on the impossible, and how to cope when things go wrong.

Belinda has managed film shoots in remote locations all over the world; produced survival shows for Bear Grylls and Ray Mears; led a biological research expedition to the Taklimakan Desert in China; organised expeditions for young people to Lesotho, Alaska and the Amazon; walked, kayaked and rafted from Zimbabwe to Namibia with a group of people with disabilities; walked across Nicaragua; and sailed across the Atlantic. She was also the skipper of Sea Gals, in which she was the first woman to row around Great Britain.

Today, she is a motivational speaker, Fellow of the Royal Geographical Society, Ordnance Survey Champion and a Social Entrepreneur encouraging others to get outdoors and promoting the psychological benefits of adventure. Last year, she started Wild Night Out, the UK’s national night of adventure, which raises money for the Youth Adventure Trust.

This is an important message for children, who are under increasingly more pressure to succeed. A recent study by children’s charity Place2Be found that 63% of children still at primary school say they worry “all the time” about at least one thing to do with their school life, home life or themselves. As such, Belinda’s talks have two main themes: how young people can tackle things that seem scary, and how to deal with it when things don’t go to plan. She will keep attendees on the edge of their seat with exciting tales of adventure and stunning images from her travels. Expect an engaging talk between 30-60mins with a focus on well-being.

The themes of Belinda’s talks are relevant to children of all ages: from primary to sixth form level. Her messages can be particularly powerful for young women and due to Belinda’s experience leading expeditions for people with disabilities, she is also keen to talk at special schools. Belinda Kirk is an inspiring individual who will make a positive impact on the students at your school.

"Belinda spoke very well and fulfilled her brief to the letter. Her audience was of course adults and children and she balanced it very well. She was inspiring in her message that we have to be prepared to fail in order to succeed. She was very well received by all."

"Quite the most remarkable achievement carried out by any women alive today. Absolutely magnificent both for mental and physical achievement bar none"

"One of the most inspiring contemporary female adventurers"

"It was an absolute pleasure to have Belinda speak at Downe House. She is an incredible individual and a true inspiration to young people. Her passion for adventure was enlightening and captivating. We thoroughly enjoyed hearing about all her adventures and particularly her message that individuals should take calculated risks as this is when we learn about ourselves and amazing things happen."

"Belinda was an inspiring speaker who encouraged us all to take to the outdoors. The girls were thrilled to meet her. We would certainly ask her back to speak at Prize Giving again."

"Belinda’s highly entertaining talk captured the highs and lows [some very low!] of setting out to circumnavigate the UK in an open rowing boat, especially with a fairly unformed crew. Despite the substantial physical and emotional challenges, they made it round successfully, not least because of Belinda’s inspirational leadership – a quality that shone through in her talk."

"It was a delight to welcome Belinda to our Awards. She spoke from the heart and spoke to the girls. Her message was empowering for the whole audience. We thoroughly enjoyed her speech"

"Belinda’s talk was very inspirational and exciting, and prompted questions from the students."