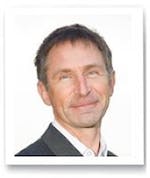 Andy is cool to talk about his life. Before he had the stroke, he was talking to people about the motorcycles they rode. He was the Manager Director of the long-standing California Superbike School. He also spent 6 years as a motorcycle journalist. Riding the newest and latest bikes for that time included Haga Yamaha R7 to Ducati 955 to Honda Fireblade for Fast Bikes and MCN (Motorcycles News.)

He was riding the latest bikes including John Hopkin Moto GP bike, a Suzuki Grand Prix bike, all 240-brake horse power with 157 kilos! But his biggest 2 days was with Valentino Rossi! WOW! A private track, just him and Rossi making a DVD for those that bought a Yamaha R6, 10 years from the off.

Then he went for a route operation. The GP sent him to Northampton, who sent him to Oxford. The Prof (Linda Hands) told him it would mean a semi-conscious operation - 1 to 1 and 1/2 hours. But, 10 hours later he has one artery to the brain cut. He was put in ICU (Intense Care Unit).

His ex-wife and Rob, his best mate, were told he had a 5% chance of living. 10 days in ICU and 4 months in the stroke unit, he was yet out. Unable to walk or speak 3 words. Yes, no and a swear word. His mind was active! Half a brain and half a body (right side) but still active!

Andy now has 80% vocalic there and is walking in Marathons (2 in MDS and 1/2 MDS and Tour de Trigs). He is STILL riding a motorbike and has appeared on TV (BBC 2, Employable Me). He loves to talk!!!

"So glad it was a good crowd, I have good feedback from the group.Thanks again."

"Many thanks Andy and thank you also for your very inspirational talk! It certainly is a reminder of what can be achieved when we just keep trying."

"I found the talk very inspiring. Andy Ibbott is a truly amazing man and his life story is fascinating. He interacted with the audience a lot by asking questions that made us think. I find it motivating how he suffered something so catastrophic and got back up."