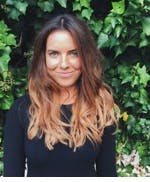 As a mental health spokesperson, Sophie has spoken to over 10,000 young people across Australia in schools and universities, and has facilitated mental health discussions with parents and teachers. She has spoken at international writer’s festivals, corporate conferences and awards nights, destigmatising mental illness by sharing her story openly and honestly.

Sophie’s story encourages open conversations and inspires resilience. She identifies the healthy lifestyle practices that help maintain positive mental health. Her message that mental illness does not discriminate is especially important for high achieving professionals in the corporate sector. Sophie has also appeared on national radio programs, and in 2017 was made a World Mental Health Ambassador.

Sophie is the author of Running Like China (2015) and Breathing Under Water (2016). Hachette publishes both books. Her books have been longlisted for national book awards in Australia and made lists such as Dymock’s Best Books for 2016. Sophie put on three sold-out exhibitions in Sydney in 2017, and has travelled to Antarctica, Patagonia, France and Switzerland for artist residencies.

Sophie’s research at the University of Oxford focuses on ecofeminism. She specialises in female temporality in contemporary poetry and novel theory, and is equally interested in both female homocentric and nonhuman narratives articulated in written, visual and auditory media.

In 2018, Sophie won the University of Oxford’s Rebecca West Essay Prize. Sophie has also written for publications such as ELLE, and Harper’s Bazaar, and will soon be published in the academic journal The Anthroposphere Review. Her art has been published in Industry Magazine, RISE Journal, and The Mays Anthology.

"Sophie was great. She engaged the girls really well and didn't avoid the difficult topics which was good for the girls to hear about. Sophie balanced this with humour well so the overall vibe was upbeat. The girls were interested in what she had to say. Overall it was a pleasure to have Sophie at the conference and we would recommend her to other schools."

"I thought Sophie had an excellent rapport with the year 7 & 8 pupils and has an inspirational story to share. I would definitely recommend."

"I absolutely loved being able to talk to and hang out with Sophie. I think it was so helpful for me to see that I am not alone, that may other people have problems with their mental health. And seeing what Sophie has been able to do with her life, even with her disorder, has inspired me so much. Her writing is so beautiful and captivating, I read Running Like China in one sitting."

"Sophie gave my year group a talk about her memoir and about her life in general and it was awesome to hear little details about her life and what she was thinking when she was writing these books. She also came surfing with my class for Outdoor Ed so we go to see her awesome surfing skills! Sophie was honestly such a down to earth, easy to talk to person and at lunch and recess she hung out with a few of my friends and myself and was happy to spend time with us. She inspires me to keep being creative and I’m just so happy that I had the privilege to meet such a remarkable, talented, kind person who has moved so many people with her words. They say that “people will forget what you’ve said, people will forget what you did, but they will never forget how they made you feel” and I will certainly never forget how accepted and happy Sophie made me in the week of being in her presence."

"She gave great soul bearing presentations to the various classes and year levels and always left them with a positive message to take with them. She exposed how raw her life had been as a teenager but gave them hope to see her standing there looking healthy and sounding so positive about life and her future. We have had quite a few authors and author-in-residence visits, but Sophie’s time with us was by far the most powerful and impacting and our students still talk about her."