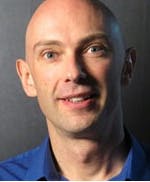 Illegal drugs have never been more readily available to young people. With drug and crime lifestyles glamorised by movies, music videos and celebrity addicts, traditional methods of discouraging drug use are failing.


Having being seduced by such a lifestyle himself, Shaun Attwood is able to connect with even the hardest to reach students. His journey from a pupil in a state school to stock-market millionaire, from rave organiser/ecstasy dealer to one of America’s toughest jails demonstrates the real consequences of a high-risk lifestyle.

Born in Widnes, Cheshire, Shaun was the first from his family to go to university. Still in his twenties, Shaun fulfilled his childhood dream of moving to America and making a fortune in the stock market. But his drug-fuelled partying lifestyle eventually caught up with him. Handcuffed and hauled away by a SWAT team, Shaun was forced for the first time to face the harsh consequences of his choices. During almost six years of incarceration, Shaun took time to reflect on his actions and their corrosive effect not just on his life, but also on those closest to him.

Rebuilding his life in the UK, Shaun decided to share his extraordinary story with young people to give them an insight into the harsh realities of being a prisoner. His one-hour talk provides a real eye-opener to the consequences of getting involved in drugs and crime. Shaun’s matter-of-fact style pulls no punches when describing jail food served with dead rats in it, the techniques he used to sleep with cockroaches crawling on him, and prison rape and violence. These conditions will motivate your students to think twice about where their actions might take them.

PowerPoint images and video clips from Shaun's Banged Up Abroad TV episode are used throughout the presentation showing the shocking jail environment that drugs can lead to. Student volunteer readers assisting the presentation have the option to wear actual jail outfits flown over from America. Time is allowed at the end for questions and answers.

The audience sizes range from hundreds in year groups to dozens in a classroom. Shaun pitches the talk depending upon the age group, generally ranging from 12 to 18. He can vary the length of the talk to suit your school timetable. Shaun did over 100 talks to schools and colleges in the previous academic year, so please try to book early.

What students will learn:

"Shaun proved to be very popular with the group and they found him most engaging. In the feedback we receive from the students he was a definite hit."

"Wow! What an impact Shaun had on all of us at Shiplake. To hear such a harrowing and disturbing story from such an eloquent and charismatic speaker will leave a lasting impression on us all. He sensitively tailored his message to specific year groups and his talk to parents justified the strength and directness of the talks. Pupils, parents and staff alike were bowled over. Some senior pupils told a colleague that it was the most powerful and memorable talk they can remember having at school. You could hear a pin drop in the talks and I have never sen so many hands up when Shaun asked for questions. We were really delighted and loved Shaun's humour and openness. It was a real pleasure and privilege to meet him."

“Your talk was utterly astounding. After you left so many staff emailed me and stopped me to say how much your testament had moved and shocked them. I have never seen the students as quiet in all my days with them. They were stunned by your story and have been talking about it ever since. I know that this experience will stay with them for a long time.”

"I just wanted to email and say a massive thank you on behalf of the students for delivering your talk. I have never seen the pupils so engaged. Having got feedback from a lot of them, they all thought the talk was brilliant. They were captivated by your story, enjoyed the visual images as well which helped them picture it and loved the opportunity to ask questions. After the event a lot of pupils said they were more aware of the risks of drug taking and it has changed quite a few opinions. You have helped me make a big impact and my Head teacher was thrilled with the success and so we will be looking to use you again in the future. All the staff who heard the talk said it was the best talk the school has offered. Thank you again for coming and sharing your story."

"Shaun is an extraordinary speaker. He gives students a powerful message, as hard-hitting as they can handle (he tailors his presentations according to age group/ability without losing impact) and the message lives a long time. Shaun's was not only the best anti-drugs talk I've ever seen in a school, he is the best speaker I've ever heard in a school. Shaun provides a captivating, memorable stimulus for getting your students talking about drug-use and the inevitable consequences of drug-related crime. His story is at times heartbreaking, but he shares it professionally, knowing that this is what will deter students from making life-changing mistakes in their future."