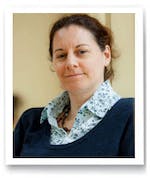 Named by Skype for International Women’s Day as a ‘Woman Changing the World through Technology’. Sarah is a Fellow of the Royal Geographical Society, member of the Explorer’s Club in New York, STEM Ambassador and mentor, Microsoft Innovative Educator, and CEO of environmental and STEM education charity Oceans Project. Sarah is currently training for an ice swim in Antarctica in November 2019 and will represent Great Britain at the International Ice Swimming Championships in 2020. Sarah is a full time, best-selling author, screenwriter, and actress on film and television productions including Hetty Feather, Casualty, Eastenders, Harry Potter, James Bond, Victoria, Gentleman Jack, and The Romanoffs.

After growing up in care, being diagnosed with PTSD, and attempting suicide, Sarah left school age 16, with no idea what to do ‘when she grew up’. Thanks to a Prince’s Trust ‘Leadership in the Community’ course, she landed a role as an apprentice 'outdoor pursuits' instructor at a centre that specialised in providing kayaking, climbing, and caving activities for young people who were disabled or disadvantaged. Keen to understand more about how the biology of the brain affects behaviour, she undertook a degree in Psychology with the Open University - whilst working full time as an apprentice - and so began a passion for work with young people with acquired brain injuries, leading to a seventeen year career in the NHS specialising in developmental cognitive neuropsychology, medicine, public health, and environmental medicine (aviation, space, diving medicine).

This led to work with the Royal Navy and on film productions such as James Bond and Harry Potter, and research posts in the Arctic, Amazon, desert, and more recently with the Ministry of Education and Science in the former Soviet Republic of Georgia. It was whilst working in India on maternal and child health that Sarah became paralysed after developing Guillain Barre from a routine vaccination, and her passion for exploring the world began after an 18 month battle with her immune system and learning to walk again. Sarah is currently training for an ice swim in Antarctica in November 2019, and will represent Great Britain at the International Ice Swimming World Championships in 2020.

Sarah founded her UK registered charity ‘Oceans Project’ as a result of working with disadvantaged children all over the world. She worked on educational reform for the Prime Minister of Georgia, and helped to reduce knife crime in schools. She introduced the Duke of Edinburgh's International Award Scheme in Georgia for the first time, and organised cleans ups of rivers with the European Union. Sarah connects with schools worldwide every day on Skype in the Classroom to break down barriers. Sarah had to learn Georgian and Russian because she was one of the few English speakers in Georgia at the time she was there. As a Neuropsychologist she conducted research on language in the human brain and what happens in patients with brain injury or conditions such as Alzheimer's Disease.

Sarah was recently filmed for a Channel 4 documentary called ‘My Family Secrets Revealed’ looking at the genetic basis for her love of cold water, oceans, and exploration. As part of this she learnt more about her Britishness and ancestral roots.

Sarah uses her STEM background in her work as an author, with many of her books incorporating aspects of medicine, public health, and technology. Her favourite genres to write in are middle-grade fiction, cozy mysteries, crime, women’s literature, and romantic comedy. Sarah is especially keen to promote STEM careers in the film industry and can help students with raising funds for charity and for their own expeditions, higher education, or gap year travel. Sarah took the GAMSAT, MSAT, BMAT, and UKCAT exams for entry into fast track medical school and can help students prepare for these tests or when considering ‘alternative’ careers in medicine, such as preparing for the AIB to join the Royal Navy as a Surgeon Sub Lieutenant.

Sarah is keen to support students and teachers who aspire to write their first fiction or non-fiction book, and can advise on careers in ghost-writing, copywriting, cover design, and writing for film, television, and radio. She can also give talks on the business and marketing side of life as a full-time author and carving out your own career.

You can watch Sarah's recent participation on a Channel 4 Documentary here.

"The talk was really good for our applied science students. It was great to find out about Sarah’s previous experience and the range of projects she has been involved in."

“Thank you very much for all of your time answering our questions about Ocean Project this morning. I appreciate all that you are doing for the young people of the world. I know that the students learned from you and were inspired by your work”.

“I would like to thank you so much for today's Skype session. We enjoyed every second of it. My students were extremely happy that they understood you and that you gave them compliments about their English. They also found it very interesting to learn about how you challenge yourself. You inspired both me and my students”.

“Thank you SO much for the Skype lesson yesterday! The kids were fascinated by all of the information and the challenges you will face - of course they couldn't get over the poo in a bag scientiﬁc experiment! We can't wait to track you next May - good luck in your preparations! We really appreciate you giving up your time to share with us”.

“What a treat! Sarah gave a wonderful and thorough presentation about her upcoming trip around Great Britain. She answered a barrage of questions with grace and aplomb. My students are in middle school grades 6-8. They were so excited about speaking to someone all the way in England via Skype. They couldn't stop talking about their experience throughout the day. It really made them think about what Sarah might face as she begins her journey. This experience made the lesson come alive. I would deﬁnitely recommend this lesson. Thank you Sarah for a great presentation!”

“Hello from Ballston Scholars, 4th grade class, in Ballston Spa, NY. We are learning about oceans and marine biology and we loved talking with Sarah about her upcoming trip. We think she's very brave to try to row solo around Great Britain. We hope she sets a world record! After our chat with Sarah, we explored the world map to see which route she might take. Sarah asked us to research the routes that the Vikings took long ago, so our teacher, Mrs. McCarthy, gave us a good website for that. Now we feel like we're helping Sarah with this cool project! We plan to connect with her each month on Skype and look forward to following her progress. Thanks Sarah!”

“Thank you very much for this great lesson we had today. Everybody loved it."

"We enjoyed Sarah’s visit and our students were enthusiastic about her talk." 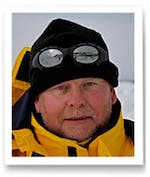